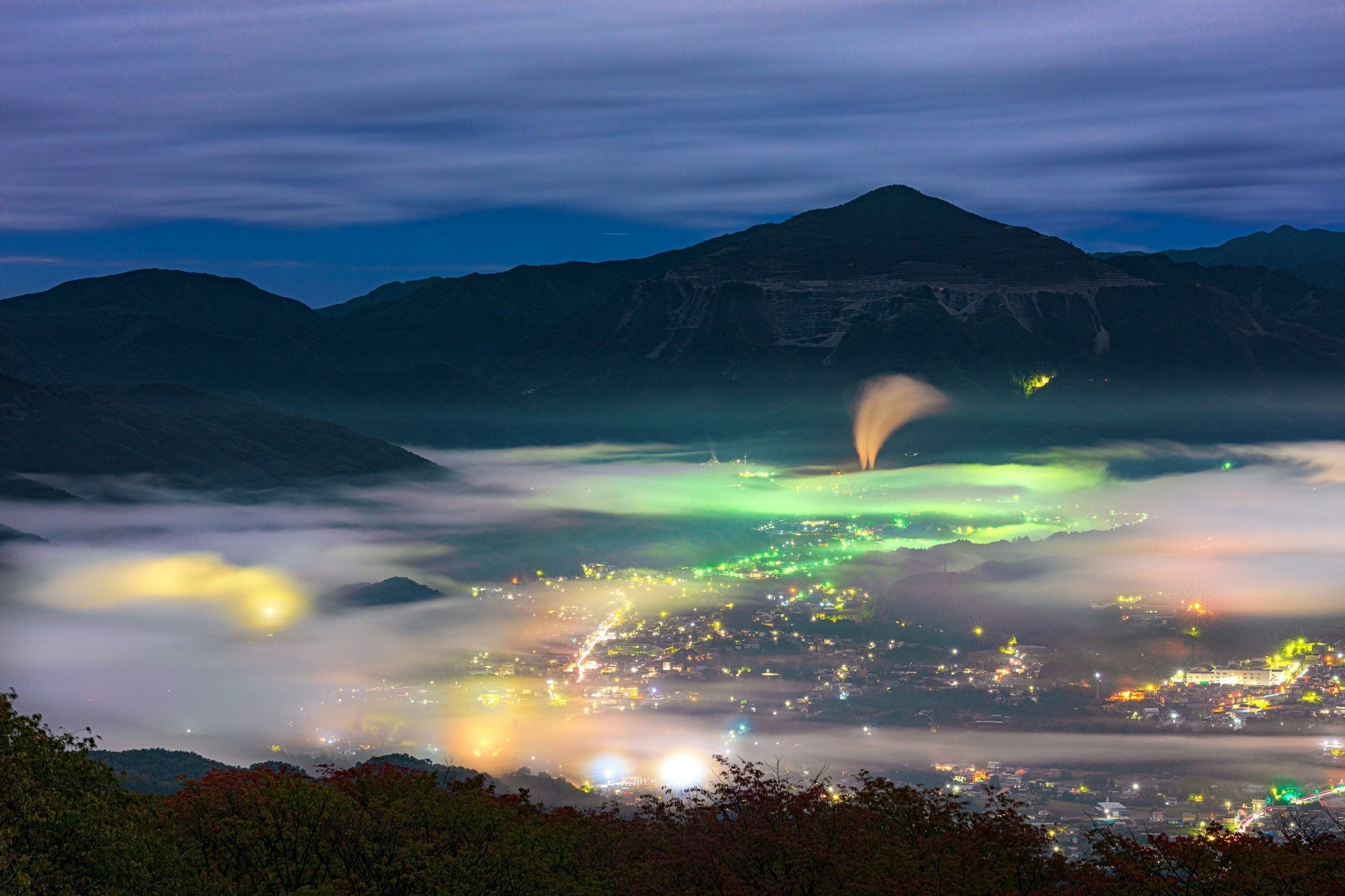 The Chichibu Sea of Clouds

This video, titled "Chichibu Sea of Clouds/Time Lapse Video(4K-ProRes)2016.11.21" (秩父雲海 / Sea of Clouds - JAPNA タイムラプス動画 (4K-ProRes) 2016.11.21), was released by HASHIZUKA DESIGN STUDIO.
The sea of clouds is a mysterious phenomenon in which a thick fog is generated near the surface of the earth, creating what looks like a sea of clouds when viewed from a high altitude.
In Japan, Takeda Castle in Hyogo prefecture and Hoshino Resorts Tomamu in Hokkaido are famous for this, but did you know that this phenomenon also occurs in Chichibu, Saitama, a place close to Tokyo?

This video introduces a colorful night view and the wondrous scenery of the sea of clouds in Chichibu city in 1 minute and 30 seconds.
The beauty of Chichibu's sea of clouds is beyond imagination!
Get ready to have everything you thought you knew about the beauty of nature thrown out the window!

The Chichibu Sea of Clouds - Popularity, Forecasts, and the Conditions To See It

The Chichibu sea of clouds, which can be seen in Saitama Prefecture, is rapidly increasing in its popularity online.
It's in a good location, about 90 minutes from Tokyo, and has become widely talked about for its amazing night views popular among instagrammers.
It's so popular that, in recent years, tours with the theme "Sea of Clouds" are being held as well.
As you can see from 0:32 in the video, what makes Chichibu's Sea of Clouds special is that the fog fills the Chichibu basin, covering the city.
The lights of the factories and residential areas in the city of Chichibu, gives a faint color to the sea of clouds, creating a fantastic view.

The conditions for seeing the Chichibu sea of clouds are as follows.
◇Season: Spring and Autumn - High probability in April and November
◇Time: Dawn-Early morning
◇Weather: If it was raining (or snowing) the day before, and sunny on the day of
◇Wind speed: If wind speed is 1m (~2.2 mph) or less and very weak
◇Humidity: If the humidity is very high, around 100%

That being said, nothing beats actually experiencing the Chichibu Sea of Clouds in person.
In the next paragraph, we'll introduce some recommended viewing locations.

There are two observatories in the park, the "Observatory" and "The Hill of Departure."
The video was taken from the observatory in Chichibu Muse Park at an altitude of 363m.
The H-shaped structure that can be seen from 0:52 is Chichibu Bridge.
The view of it sinking into the clouds and the upper part of the main tower peeking into the sky is magical.
In the distance, there's Mt. Buko and the observatory faces east, so you can also see the sunrise as well.

The early morning hours in November, when the sea of clouds is at its peak, can be crowded, but if you stay at the PICA Chichibu lodging facility in the park, you should have no problem seeing it.
Here, you can enjoy the Chichibu Sea of Clouds while camping under the starry sky.
There's free parking and it's only 20 minutes from Seibu Chichibu Station.
Transportation access is also very convenient.

Summary of the Chichibu Sea of Clouds

You can also see the sea of clouds from Mitsumine Shrine, a known power spot.
Every place for viewing the Chichibu Sea of Clouds has its own charm, but night view of Chichibu Muse Park, shown in the video, is absolutely breathtaking.
Be sure to check out the video to see a serene view of Chichibu's sea of clouds.