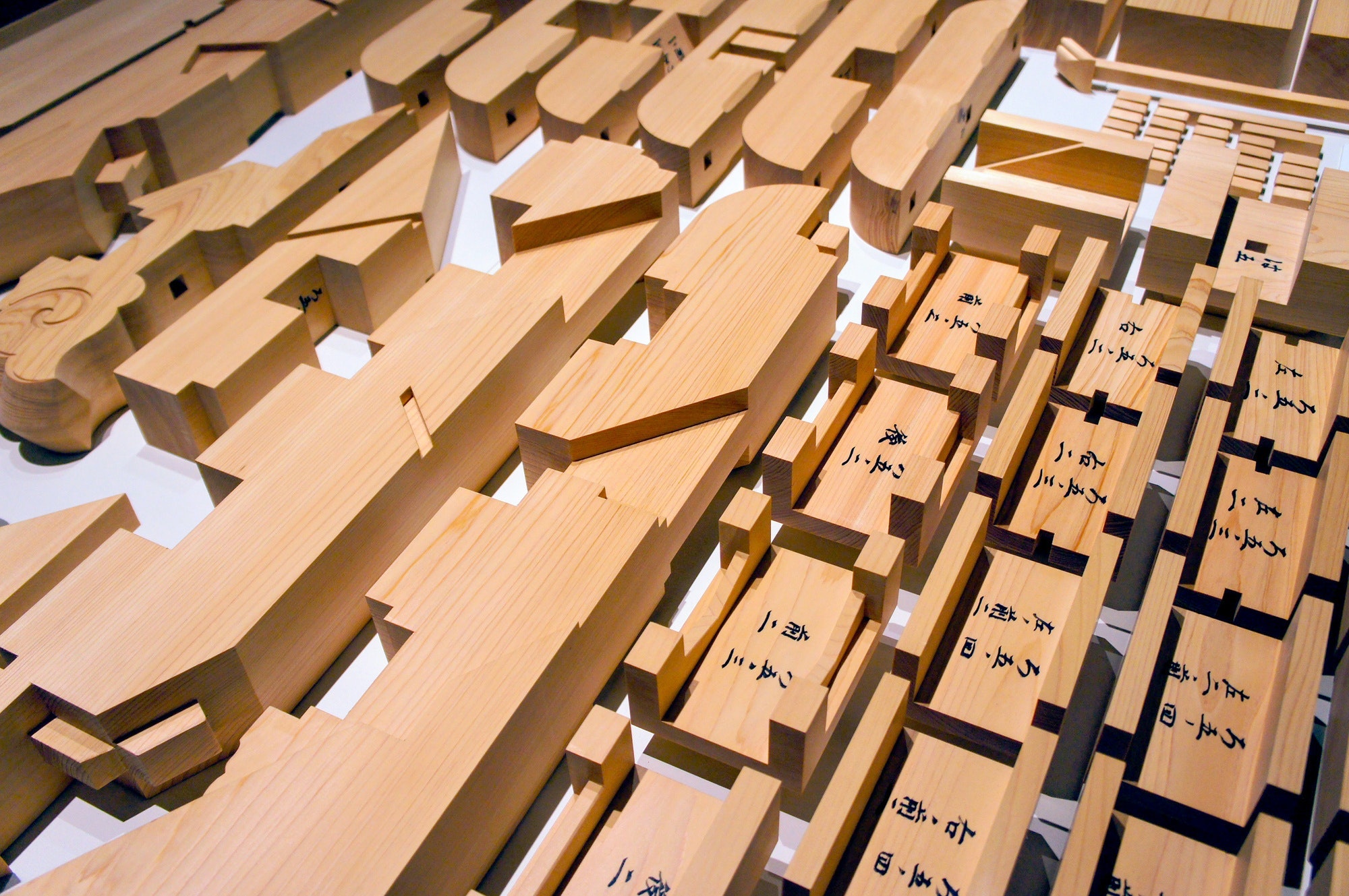 This video, titled "In Japan, Repairing Buildings Without a Single Nail," was uploaded by "Great Big Story."
It introduces a traditional Japanese temple and shrine carpenter, called "Miyadaiku" (宮大工) in Japanese, from Kamakura (鎌倉).
Japanese temple and shrine carpenters specialize in temples and shrines and construct/repair traditional buildings.
Some of the craftsmen work on the construction and repair of historical buildings, such as Japan's national treasures and world heritage sites.

Some wooden architecture in Japan, including temples and shrines, is built by assembling wooden materials together as though it were one large 3d puzzle.
This method is called the "Kigumi" method, meaning "wooden framework."
This impressive craftsmanship can be seen from 0:21 in the video.

The traditional skill of framing and jointing wood, characterized by very precise cutting and coupling of wood, requires countless hours of training and experience as a Miyadaiku carpenter.
Traditional Japanese architecture is made possible thanks to the high-quality craftsmanship of Japan's temple and shrine carpenters.

The Long Road to Becoming a Miyadaiku Carpenter

The history of Miyadaiku carpenters dates back more than a thousand years.
In the past, Japan's temple and shrine carpenters were referred to as "Wataridaiku," and they lived in areas with many shrines and temples, working from one location to the next.
Miyadaiku carpenters also repair historic World Heritage buildings and prominent national treasures, such as the one's you'd find in Kyoto.
Thus, Miyadaiku carpenters are required to have advanced knowledge in various fields, not just architecture, but religious studies as well.

Miya-Daiku carpenters have been repairing Japan's temples and shrines since ancient times with their advanced skills that can be used to construct wooden buildings without the use of nails.
This traditional Japanese culture is handed down from one generation of craftsmen to the next.

It's no secret that all of Japan's beautiful temples and shrines look like the amazing works of art they art thanks to the amazing craftsmanship of Japan's Miyadaiku carpenters.