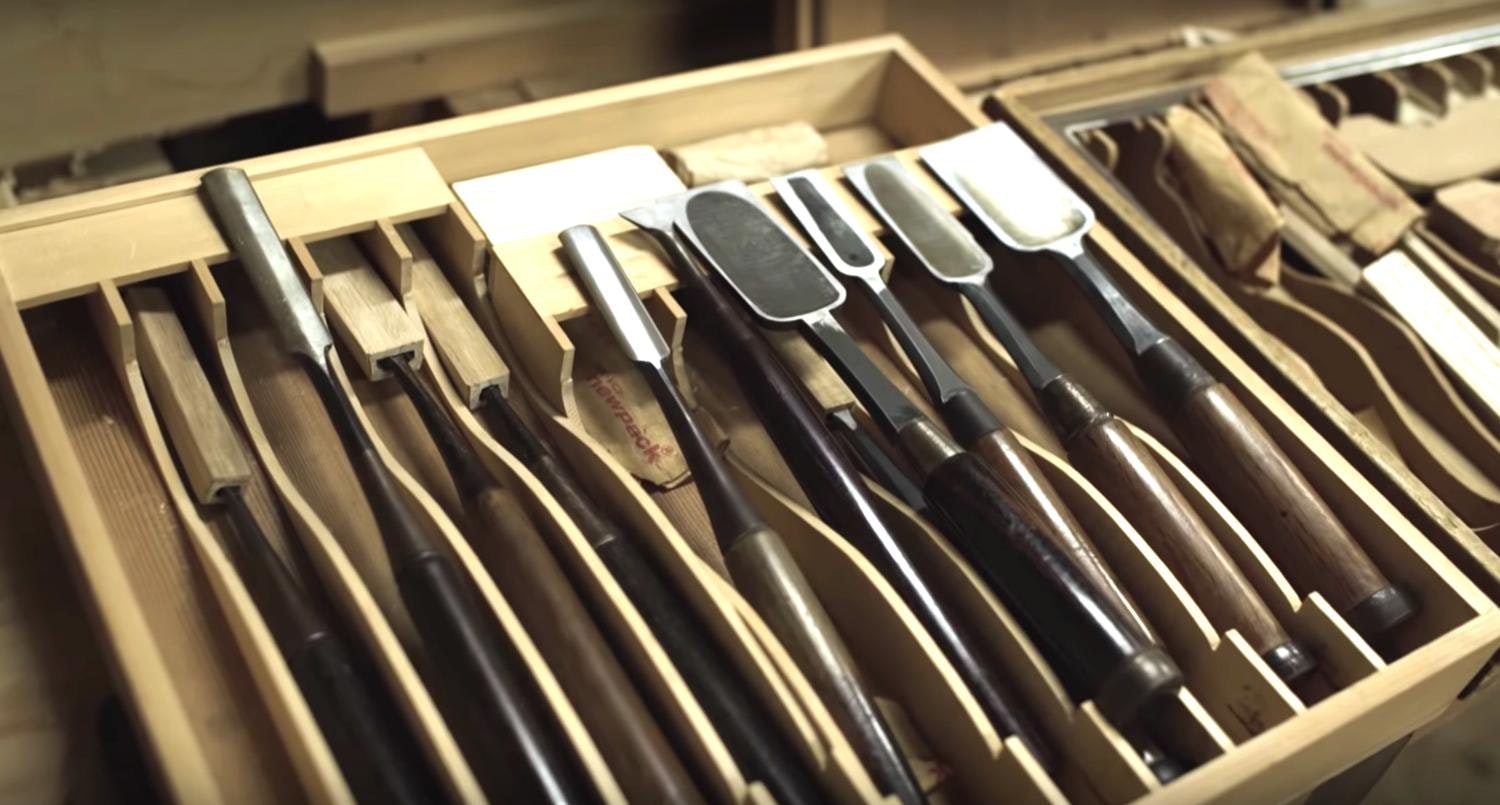 Traditional crafts are an inseparable part of Japanese culture. When talking about such traditional skills, the carpenter is an occupation that cannot be overlooked.
Carpenter is a profession that is matching the word “tradition”.
Carpentry is an occupation that is well suited to the word "tradition," and the many skills that are passed down from one craftsman to the next are truly a symbol of Japanese culture.

Here we'll introduce the traditional techniques handed down in Japan, alongside the video "Traditional Japanese carpenter/Interview - IS JAPAN COOL? CRAFTSMANSHIP (Sukiya Carpentry)" (Traditional Japanese carpenter／Interview - IS JAPAN COOL CRAFTSMANSHIP（数寄屋大工）), produced by ANA Global Channel.
In the video, a master carpenter talks about his thoughts on Sukiya carpentry, and you can see that this ancient occupation, handed down from generation to generation, is one that is filled with more craftsmanship and dedication than we can imagine.

Shiro Masuda, a Sukiya carpenter and narrator of this video, is one of the master carpenters who has inherited the traditional skills of Sukiya Carpentry, and he has mastered many techniques and skills through his many years of experience.

In modern carpentry, there are many places where machines have been introduced, but almost all of the Sukiya carpentry introduced in the video is done by hand.
The master carpenter also mentions how the Japanese culture of carpentry can be found in the work that is done from start to finish by hand.

Japanese Culture That Has Been Handed Down for Generations

We can recognize that the work of carpenter, which has been established by traditions, is a world of experiences and skills that cannot be realized overnight.

In this video, Mr. Masuda, a master Sukiya carpenter, talks about traditional carpentry, and how it is a world of experience and skills that cannot learned overnight.
In the world of Sukiya carpentry, there are many apprentices who work hard to hone their own skills, going as far as to steal skills from craftsmen, and other master carpenters.

He goes on to say that the tools which have been used in Sukiya carpentry throughout the years must not be disposed of, but handed over to the new generation of craftsmen, as they believe its good for them and cultivates growth (6:20).

There is a lot of attention to detail in Japanese culture, and its traditional crafts are no exception.
It's the little things that we don't normally notice that are filled with techniques that have been passed down from one generation to the next.
In his video, Shiro Masuda, a master Sukiya carpenter, talks about his apprenticeship as a carpenter and the techniques he learned from his predecessors when he was a young apprentice.
The video also shows the master carpenters at work in their studios, so you can watch them at work and enjoy the skill and precision of their craftsmanship as well.

By watching the video of master Sukiya carpenter Shiro Masuda, you will learn more about Japanese culture and traditional techniques, as well as the profundity of traditional Japanese carpentry.