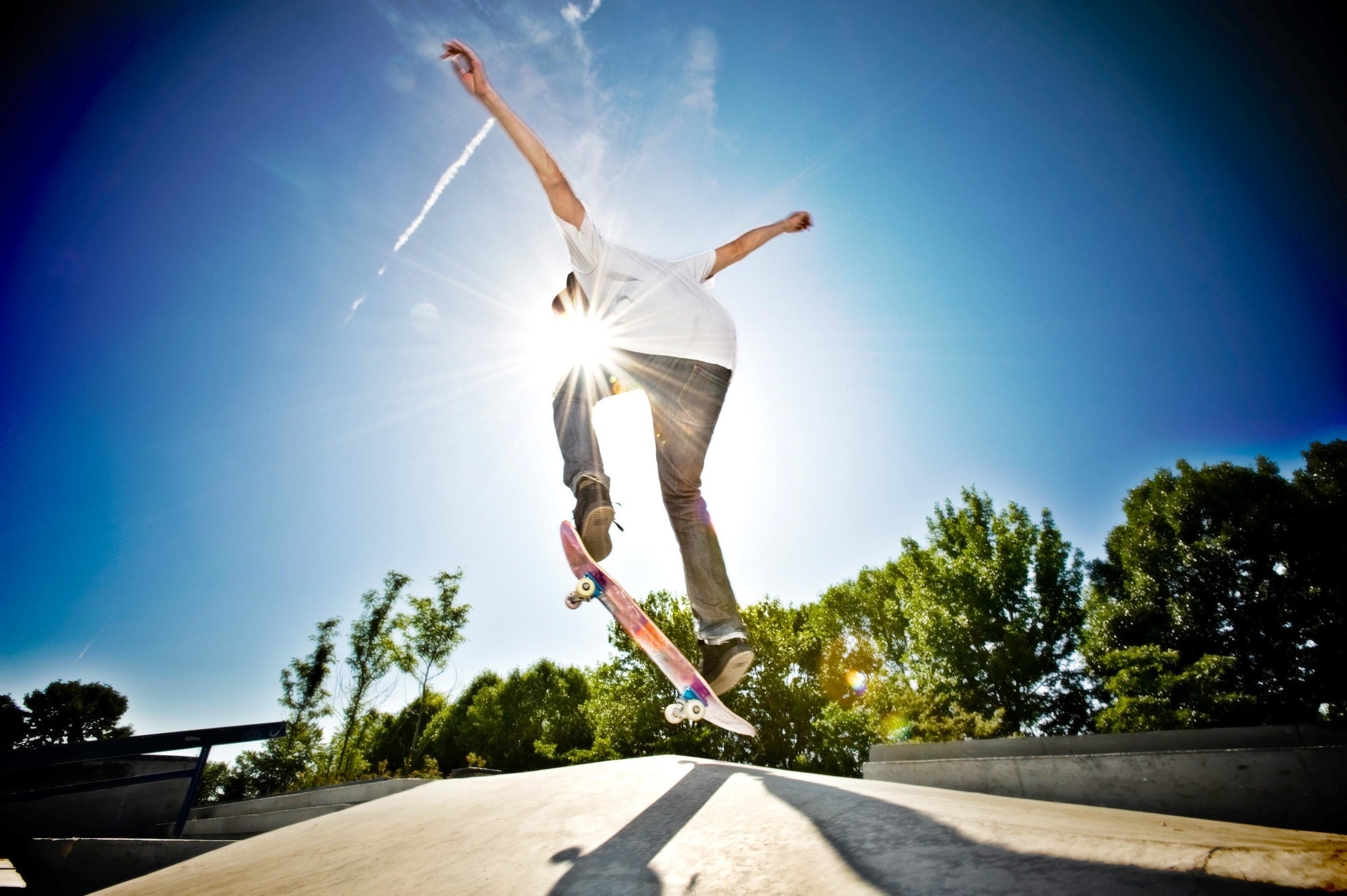 Skateboarding in the 2020 Tokyo Olympics!

This video is a session of TEAM RIDER, which consists of five street skaters, Yoshiaki Toeda, Ryuhei Kitazume, Yuto Hori, Daisuke Ikeda, and Sorayoshi Shirai.
Skateboarding has become a hotly anticipated event as it becomes a part of the Tokyo 2020 Olympic Games.

For some of you, skateboarding is what "kids do for fun." However, skateboarding is one of the most popular international extreme sports, along with surfing, snowboarding, bodyboarding, and BMX, which are all part of the Olympic Games.

Check out the video to see some awesome tricks and learn just how fun skateboarding can be!

Although the history of skateboarding varies, it is most likely that it was born around 1940 on the west coast of the United States.
Until around 1990, it was enjoyed for fun, but it later took established itself as a sport and joined the Olympic games.

There are two types of skateboarding: street and vert.
Street skating is exactly what it sounds like- skating around streets and using the natural environment as your skatepark. At the Olympics, it's essentially a small course intended to mimic that natural environment, with staircases, handrails, and more setup for the competitors to do tricks with. Competitors are judged on the number of tricks the can do in the allotted time period, as well as on the complexity of their tricks.

On the other hand, vert skating, also known as park skating uses large half-pipes, quarter-pipes, and bowls that you would see at a skatepark.
These allow the competitor to gain speed that allows them to grind for long distances, or to gain incredible height and do aerial tricks.

It might not look that hard, but being so high in the air can actually be quite nerve wracking, and they don't always land their tricks either.
Street skating might not be as fast paced, but the freestyle performances are just as impressive as their vert counterparts.
The video shows a video of a street skateboard competition starting at 0:17.

Skateboarders and Other World-Class Riders! Murasaki Sports Supporting the Youth!

Many athletes who have won numerous awards in world contests, including the designated players for the Tokyo Olympics, belong to Murasaki Sports.

There's also surfing, snowboarding, bodyboarding, and other athletes besides the five skaters mentioned above.
The athletes are committed to improving their skills while practicing for competition on a daily basis.

The Murasaki Sports website also features blog posts on the athletes' competitions as well as their private lives, so you can stay up to date with their daily activities.
You too can support the players of Murasaki Sports!

We hope you were able to see some of the charms of skateboarding through this article.
Be sure to look out for skateboarding at the 2020 Tokyo Olympics!

The population and public interest in skateboarding isn't that high, but the community is great and they love helping beginner get into the sport!
If you're into skateboarding, be sure to watch the video and check out some of their awesome tricks!