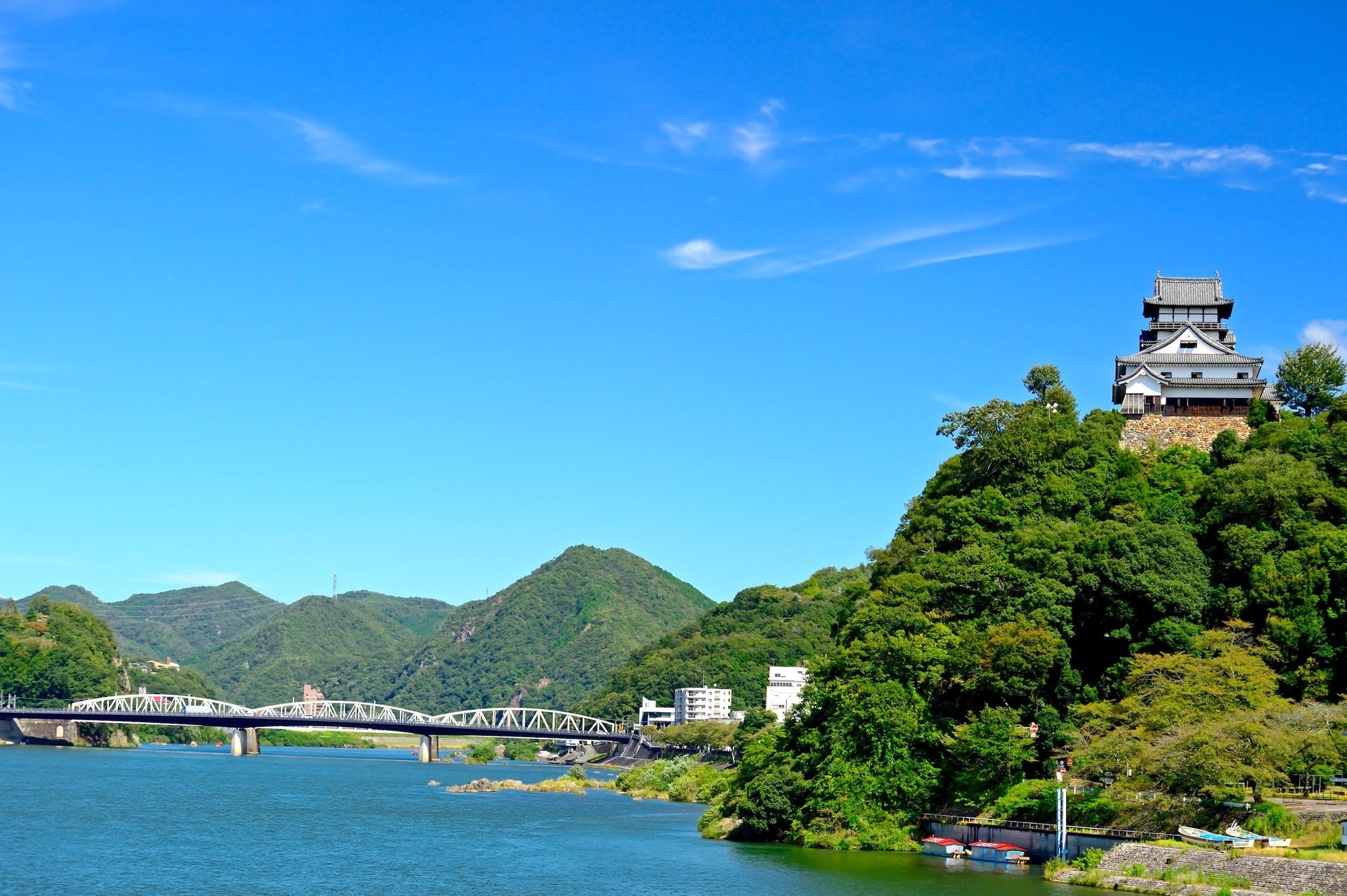 It was Oda Nobunaga's uncle, Oda Nobuyasu, who built the national treasure Inuyama Castle. Later, in 1617, during the Edo Period (1603-1868), improvements were made to the castle towers by Naruse Masashige and it became what we know it as today.
Naruse remained as the castle lord until the end of the Edo Period.
Due to the establishment of prefectures in place of feudal domains, everything other than the castle tower was demolished.
The castle suffered through some natural disasters such as earthquakes, however, through reconstruction, it was designated as a national treasure in the 10th year of the Showa period (1935).

Also, due to revisions in the National Treasure regulations in the 1952, the castle was once again designated as a national treasure. Although it was once famous as a privately-owned castle, it is presently owned by the Inuyama Castle Hakutei Bunko foundation.
The castle tower has a 3-tier exterior, including 4 interior floors, and 2 basement floors.
Recently, the Shachihoko (an imaginary creature with a carp body and a tiger head) roof ornament was repaired and the castle's symbol was resurrected.

Inuyama Castle, One of the Few Existing Castle Towers Designated as a National Treasure

Of the 200 castles that you can see in Japan, there are only 12 castle towers that exist from before the Edo period and that are still standing to this day. They are called the 12 Existing Castle Towers and the national treasure Inuyama Castle is one of them.
Also, the 5 castle towers in Japan designated a national treasure are called the 5 National Treasure Castles and they consist of Himeji Castle, Matsumoto Castle, Hikone Castle, Matsue Castle, and of course, Inuyama Castle.

The revered national treasure Inuyama Castle can be seen from 3:39 in the video.
The treasured castle tower, the connecting smaller watch tower built on the stone wall, and the interior of the castle tower can be seen in the footage as well.

Inuyama Castle and Places to Visit Nearby

On the eastern side of Inuyama Castle's castle tower, there was once a giant cedar tree. Unfortunately the tree is now dead, but it is revered as the sacred tree "Osugi-sama."
The Inuyama Castle ruins are also designated as a national historic site.

Some popular locations to visit near the castle are the gourmet restaurants and cafes that retain the traditional machiya (townhouse) ambience.
Inuyama Castle Town can be seen from the beginning of the footage, and old, irreplaceable townhouses can be seen here as well.
There are many restaurants selling soba/udon, ice cream, and gohei mochi (a type of sticky rice cake), so you will be able to enjoy seeing the sights while munching on a snack and walking around.

A famous shortcut to Inuyama Castle is Sanko Inari Shrine which can be seen from 2:49 in the video.
If you go through the numerous red Torii gates, you'll be overwhelmed by the sacred atmosphere.
The heart shaped Ema (wishing plaques) are perfect for wishing for matchmaking and harmonious marriages, so this is a spot you should stop by if you're looking for love!
There's a parking lot here as well, so if you plan on going by car, we recommend checking out the details of the parking lot.

What did you think? Out of the many castles Japan can be proud of, there are only 5 designated as national treasures, and the national treasure Inuyama Castle is definitely worth the visit.
Experience firsthand, the castles that Japan proudly presents to the world!