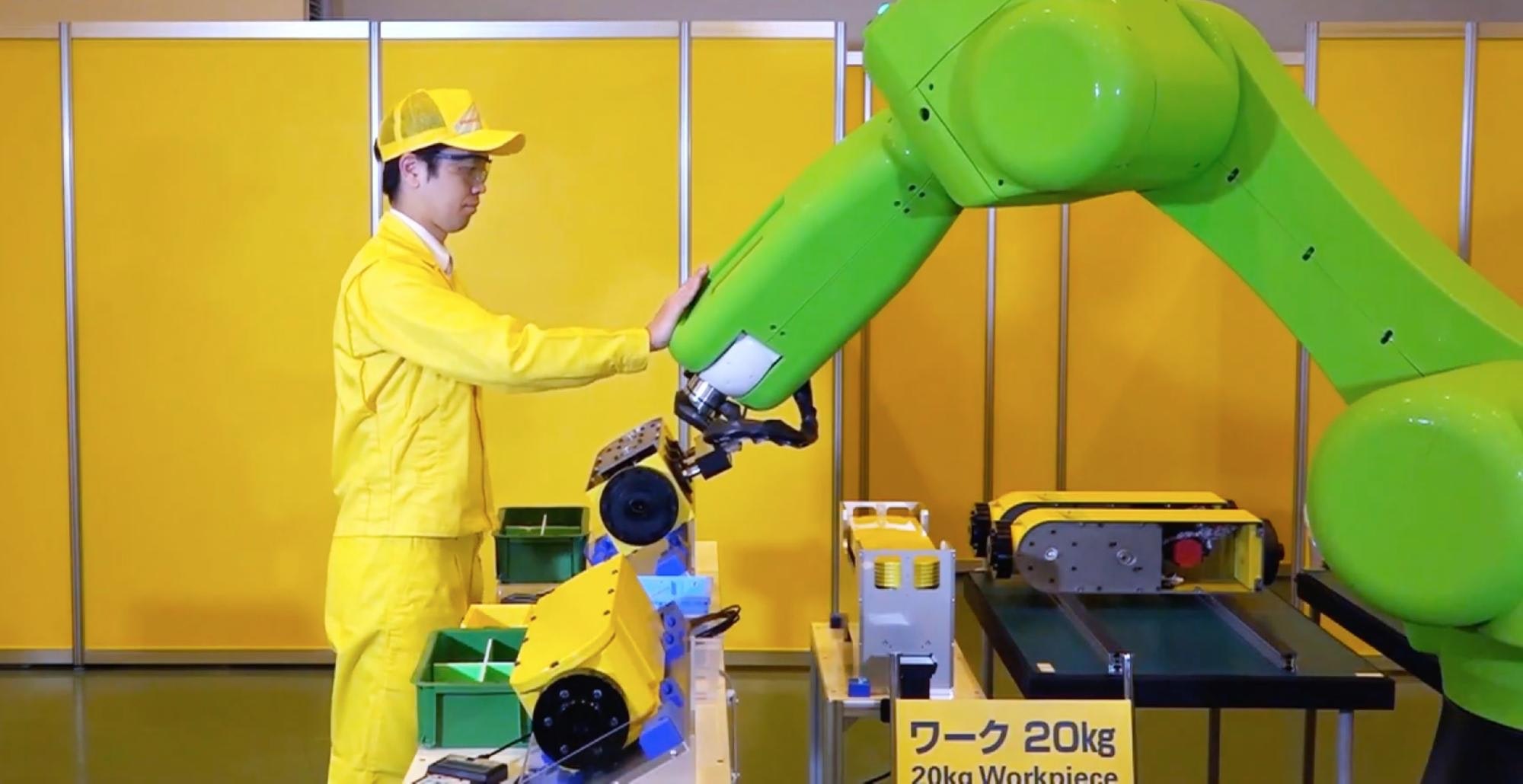 Have you heard of the robotics company FANUC? FANUC is a Japanese electrical equipment manufacturer that ranks first in the world in sales of robots and peripheral machine products for factory automation equipment. They're located in Oshinomura(忍野村,Oshinomura), Minamitsuru Ward(南都留郡,Minamitsurugun), Yamanashi Prefecture(山梨県,Yamanashiken).
FANUC was the first manufacturer to successfully develop Japan's first numerical control device (NC) in 1956, and since then has continued to supply CNC equipment and robots for machine tools worldwide. The name FANUC has grown into an international brand thanks to its advanced technology and service.
In this article, we'll introduce a number of exciting and futuristic factory automation products that FANUC will release in 2020!

FANUC’s CNC series is a vital product group that serves as the core of its FA products.
The world-class CNC series, that increases productivity in manufacturing, uses an interface called iHMI, shown at 1:09 in the video, which is equipped with a high-quality AI that allows users to intuitively manipulate high-level production functions and simultaneous sharing of information regarding maintenance through networking.

The FANUC servo motor offers a diverse lineup of motors that meet the needs of a wide range of customers, from small to large, and provides a comfortable manufacturing environment with excellent operability and easy maintenance.

The Manufacturing Functions of FANUC

FANUC's products, which can be seen at 1:40 have earned a worldwide reputation for their machining performance.
Even flat surface machining and shaping of complex shaped molds can be done at high speed and with high precision.
AI servo tuning uses AI to automate the technology that skilled craftsmen have developed through experience.
You can see the AI feed-forward tuning in progress at 3:03 in the video.

In addition, the combination of CNC, servo motors, and robots makes it easy to perform complex laser engraving, metal cutting, and welding processes.

About the FANUC robots introduced in the video

FANUC has a wide range of robots in its robot lineup, ranging from a 500 gram payload robot to a large robot with a payload of over 2.3 tons. These can be seen at 4:52 in the video.

Cumulative production of FANUC robots has exceeded 640,000 units, making it the world's top producer of robots.
Robomachines, its bestselling product so far, is yellow, FANUC’s brand color, but its new series, shown at 6:57, features a green color scheme and is a cooperative robot that stops moving when touched by a person.
The Collaborative Robot provides a barrier-free environment for humans and robots to work together, helping to significantly improve workflow.

Although people tend to think of FA machines and robots as products for large factories, FANUC provides FA products for small and medium-sized companies as well.
Its products can be operated via a tablet terminal interface and can be moved by AGVs and dollies.
FANUC prides itself on its safe design, and its collaborative robots boast a safety design that does not require protective measures even in small work spaces, as they stop safely when touched by a person.

The Japanese manufacturing industry is comprised of nearly 90% small and medium-sized enterprises.
FANUC’s FA machines such as its small production processing machine, Roboshot and Robonano are bringing an industrial revolution to modern machining.