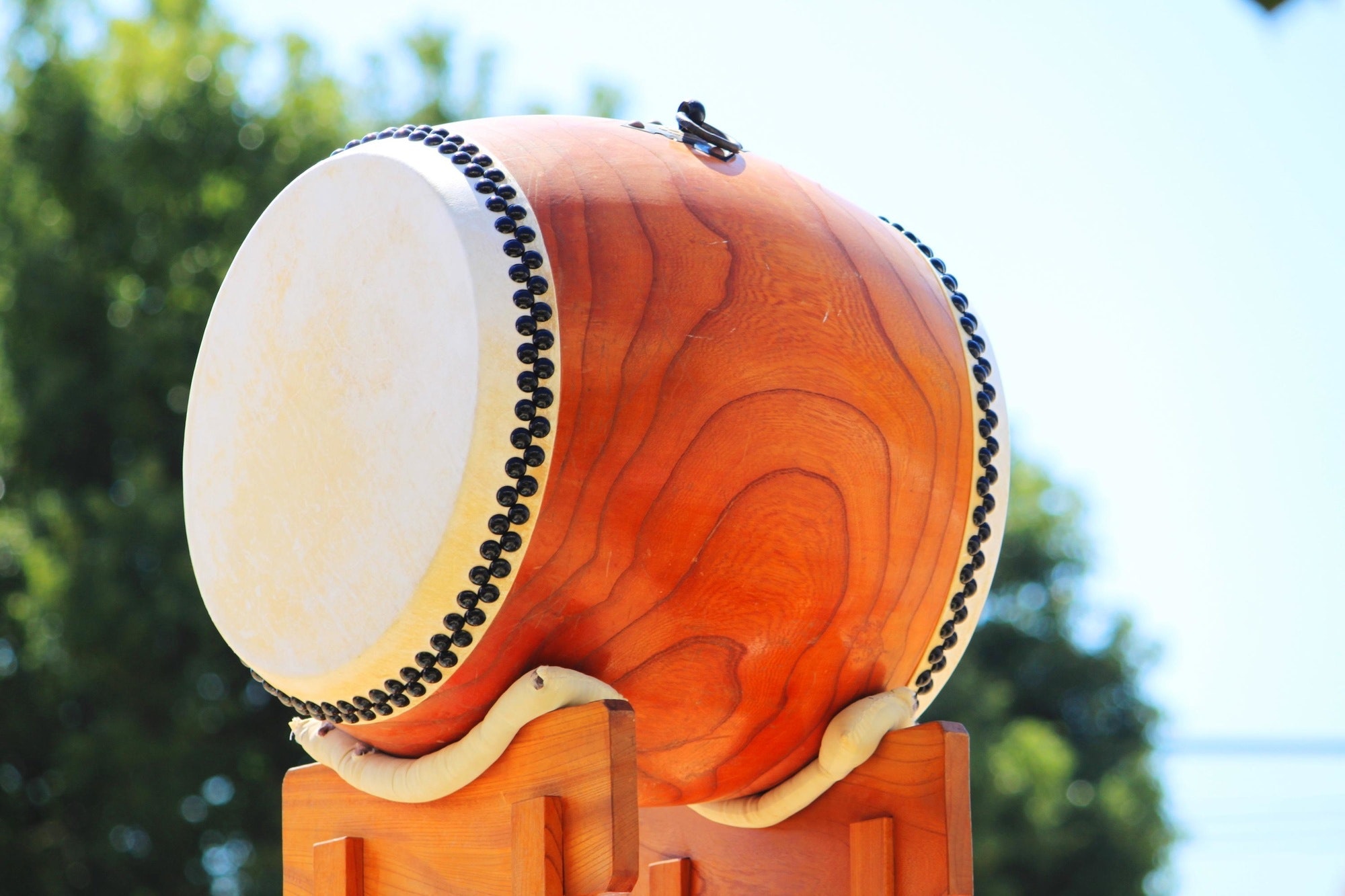 "# 005 Wadaiko Tetsuro Sugiura: Door to Tomorrow by At Home" is an interview with the Wadaiko craftsman introduced in the Discovery Channel program "Tomorrow's Door."

About the Traditional Culture of Japanese Wadaiko Introduced in the Video

Wadaiko is one of the Japan's historical musical instruments that is played at festivals that are held all over Japan, such as Kyoto and Fukuoka. It is also used at ceremonies at shrines and temples, as well as for Kabuki and Noh.
Its origin dates way back, and the oldest Japanese taiko drum was excavated from the remains of the Jomon period (14000 BC- 400 BC).
A Japanese drum (Wadaiko) is a percussion instrument that is made of wood and has a body covered with leather.

There are various types of Japanese drums that are currently used, such as a long drum, tub drum, and an attached drum.

How Wadaiko Are Made

The production process of the traditional Japanese drum, Wadaiko, is introduced in detail from 2:09 in the video.

The two main tasks to make the taiko, are the making of the body and the making of leather.
A Japanese drum craftsman cuts down a zelkova tree, which is then used as a raw wood without any treatment. They then cut the body of the zelkova and roughly forms it into its final shape, which is then naturally dried in a cool and dark place for 3 to 5 years.
The carving on the inside of the drum is beautifully hand-crafted to have a tortoiseshell or diamond-like pattern.
You can see the inner carving process from 3:01 in the video.

Next, as you can see from 3:18 in the video, a refined technique is essential for lacquer painting.
In the process of making leather, from 3:25 in the video, the skill of the Japanese drum craftsman integral to creating the beautifully processed cowhide, which will cover the drum.
After putting the leather over the drum the sound is checked, and if sufficient, tacks are attached to complete the work.
You can see the finished product from 4:43 in the video.
Each taiko drum takes several years to complete and many craftsmen are involved in the crafting process.

From 4:56 in the second part of the video, you can see the craftsmanship of the Japanese drum artist Tetsuro Sugiura, who is a leather craftsman.
An interview with Mr. Tetsuro Sugiura is introduced in detail where he talks about the process of leather making, which is the cornerstone of each drum's sound.

No special qualifications are required for the production of wadaiko, but long and rigorous training is required to craft wadaiko that produce beautiful, dynamic sounds of art.
This craft relies much on feel, and thus requires diligent and highly skilled Japanese drum craftsmen.