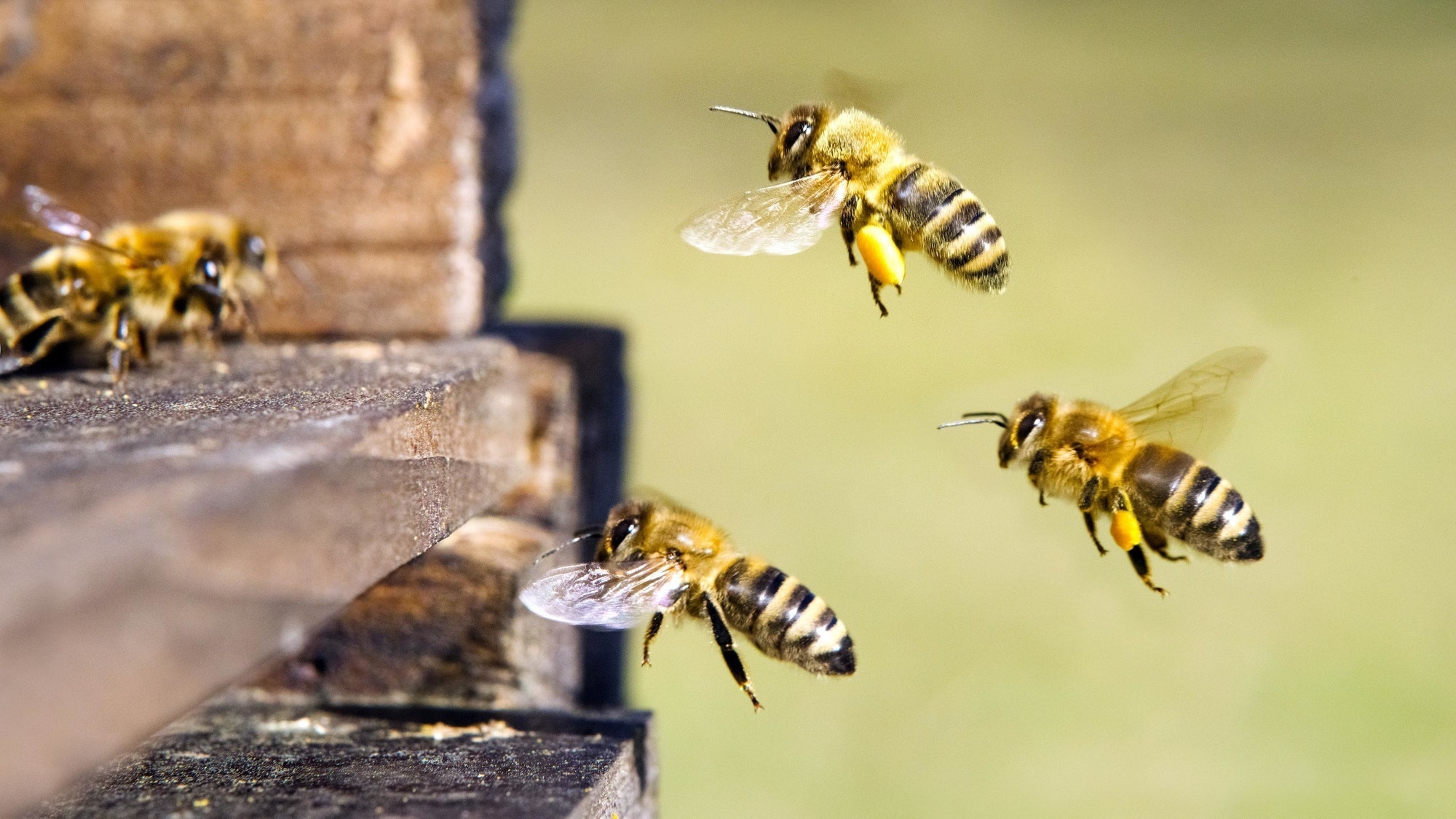 This video is titled "Small Japanese Honeybees Unite to Repel an Invading Hornet｜Nat Geo" (スズメバチを撃退するニホンミツバチ | ナショジオ). The video is produced by "National Geographic."

To repel the wasps, which are several times larger than they are, the Japanese honeybees use a special technique in which they cover the body of the wasp and quite literally cook it alive.
Please enjoy the awesome footage shown in the video!

The Japanese honey bee is an insect of the order Hymenoptera and family Apidae.
It is a living species that has been inhabiting Japan since ancient times.
In addition to Japanese honey bees, there are other types of bees, including the dwarf honey bee and giant honey bee.

These bees help pollinate flowers and grasses and make wax from the pollen in their nests in trees and under houses.
The flower nectar has been processed and sold for a long time as products such as honey, propolis, and royal jelly.

Most Japanese honeybees live in the wild, and those that are kept in captivity are released into the wild to collect pollen and take it back to their hives.
The non-native honey bee species, the western honey bee, often helps with pollination in agriculture.

Japanese honeybees live in large areas of Japan and can be seen all over Japan, excluding Hokkaido, Okinawa, and some remote islands.
In addition to living in the mountains, they can also be found in urban areas, and although they are said to be endangered, the Japanese are very familiar with them.

Also, unlike the hornet, the Japanese honeybee has a warm personality and is famous for not stinging people often.
Combined with their cute appearance, they have a good reputation in foreign countries.
You don't need a special license to keep them, and anyone can do so, provided they file the proper documents.

Japanese Hornets. How They're Different From Honey Bees

While Japanese honeybees feed on the nectar of flowers, adult hornets feed on nutrients secreted by their larvae.
The larvae feed mainly on insects, and capture and feed on smaller insects such as honey bees in order to grow.
These differences in feeding habits are due to differences in the body structure of the adult hornet.

Adult hornets have a narrowing between their chest and abdomen, which prevents them from ingesting solids, such as insects.
It's also very different in that the larvae of the Japanese honey bee makes honey, whereas the larvae of the wasp does not.

As you can see from the video at 0:13, hornets often attack honeybees to feed their young.
In particular, the giant hornet is so ferocious that it invades the nest of bees and attacks not only adult bees but also larvae and pupae.
The bee's response to such an attack is the killer heat ball that can be seen at 0:24 in the video.
This takes advantage of the weakness of the hornets, as we all know bug types are weak to fire.
The bees, rather than using their stingers, form up on the hornet, attaching themselves to it and creating a ball of bees.
In the video, 500 Japanese honey bees can be seen covering the hornets.
The internal temperature of the Japanese honeybee rises to 47.2° C (117° Fahrenheit), and the increase in carbon dioxide repels the hornets.

Did you enjoy learning about the fierce war between honey bees and hornets?
The amazing counter attack of the bees shows just how amazing nature is!