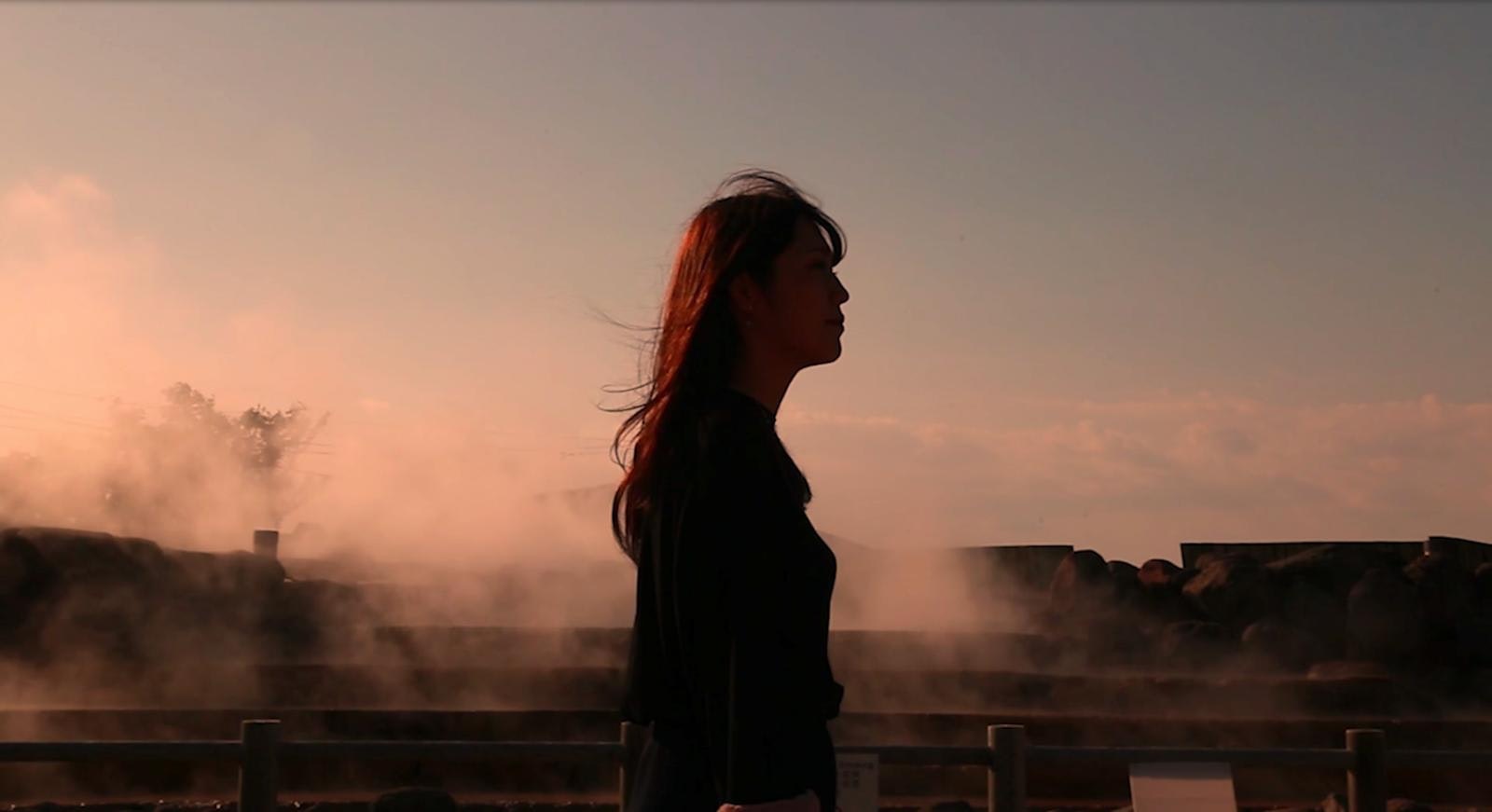 This is an official promotional video of the spa town “Sea, Sunset, and Steam,” produced by the Obama Onsen Tourist Association (Obama means “little beach” in Japanese, and it has no connection to the 44th US president).
Obama Onsen is a hot spring resort in Unzen city, Nagasaki Prefecture. Obama possesses many of the “No.1 in Japan” titles when it comes to the onsen's features. But that's not all that makes Obama a popular onsen resort.
Fresh foods grown in the rich soil or gathered from the sea, the warm climate year round, the beautiful scenery of the surrounding area.. It has a lot of things to see.
If you're traveling to Kyushu we definitely recommend stopping by here.

There are a lot of day-visit outdoor onsen in the town that can be casually enjoyed.
Having a foot bath while enjoying an amazing view of Mt. Unzen is a great way to relax.

Despite the video being less than 2 minutes long, the charms of Obama, including its natural and cultural beauty, the hot springs, and more, are all displayed for your viewing pleasure.
You'll be able to see what Unzen city is all about before you make a visit.

The Springs of Obama Onsen

The quality of the Obama hot springs is sodium chloride.
It has the hottest and most active springs in Japan, with some springs getting as hot as 105 degrees.
The abundant geothermal energy, combined with the warm climate, makes agriculture one of the main industries in this area.

The minerals contained in the Obama hot springs are said to be good for nerve and muscular pains, rheumatism, poor circulation, cuts, hemorrhoids, and skin disease.

The video shows the source spring at 0:54.

Found at the base of Mt. Unzen, Obama Onsen features about 25 onsen ryokan hotels lined up on the seafront overlooking the Tachibana Bay.
There are also 3 public bathhouses where you can enjoy Obama’s famous sunset views while bathing.
Obama Marine Park offers a variety of onsen facilities, and the 105m long foot bath, Hot Foot 105, is its main attraction and is said to be the longest foot bath in all of Japan.
The view of Shimabara Bay is incredible, and makes for a great Instagram photo.
Hot Foot 105, which appears in the video from 0:29, is certainly a must-go tourist location.

Obama is also home to cooler carbonated springs.
The water can be freely collected at various water collection points in the town and is used by the people in their everyday lives.

In addition, the town is also known for its cherry blossoms. Mt. Token is covered in blooming cherry blossoms in March, and has been repeatedly shown on TV programs and featured in magazines.
Obama’s cherry blossom landscape is shown in the video from around 1:04. Here you can catch a glimpse of the beauty of spring in Japan.

In June, Obama Onsen is adorned with the purple flowers of Jacaranda.
Obama Onsen Jacaranda Festa, as well as other events, are held on Jacaranda Street to celebrate the flowers.

The Local Specialty of Obama Onsen

A must-try specialty of Obama Onsen is definitely “Obama Champon,” a dish made of noodles, seafood, and vegetables.
There are around 20 competing Champon restaurants in the area, and the dish is also served at any type of restaurant or Izakaya (A type of Japanese bar).
A special feature of Obama Champon is the light soup containing plenty of sea food.
The Champon Map available at hotels, the train station and the tourist office, will help you find these Champon restaurants.

The History of Obama Onsen

Obama Onsen was first recorded in 713, in the topographic record Hizen Fudoki (Hizen is a former name of the province containing the area), and has been known as a hot-spring health resort since around 1900.
It was designated as a National Recreation Onsen in 1962 (An onsen must meet the required conditions to be classified as such).
Obama Town Museum of Historical Materials is a good place to learn about the town’s history.

Since the Obama railway line was abolished due to the integration of transport infrastructure, access to Obama Onsen has become slightly inconvenient. This made it a precious hidden gem, with the abandoned railroad track still remaining in the area.
There are buses running to Obama Onsen from JR Isahaya Station, and it takes about 55 minutes to get there.

We hope that the video and this article have helped you discover the beauty of Obama Onsen.
Obama Onsen will treat you well with beautiful natural environment, warm climate, delicious cuisine, and of course, its relaxing hot springs.