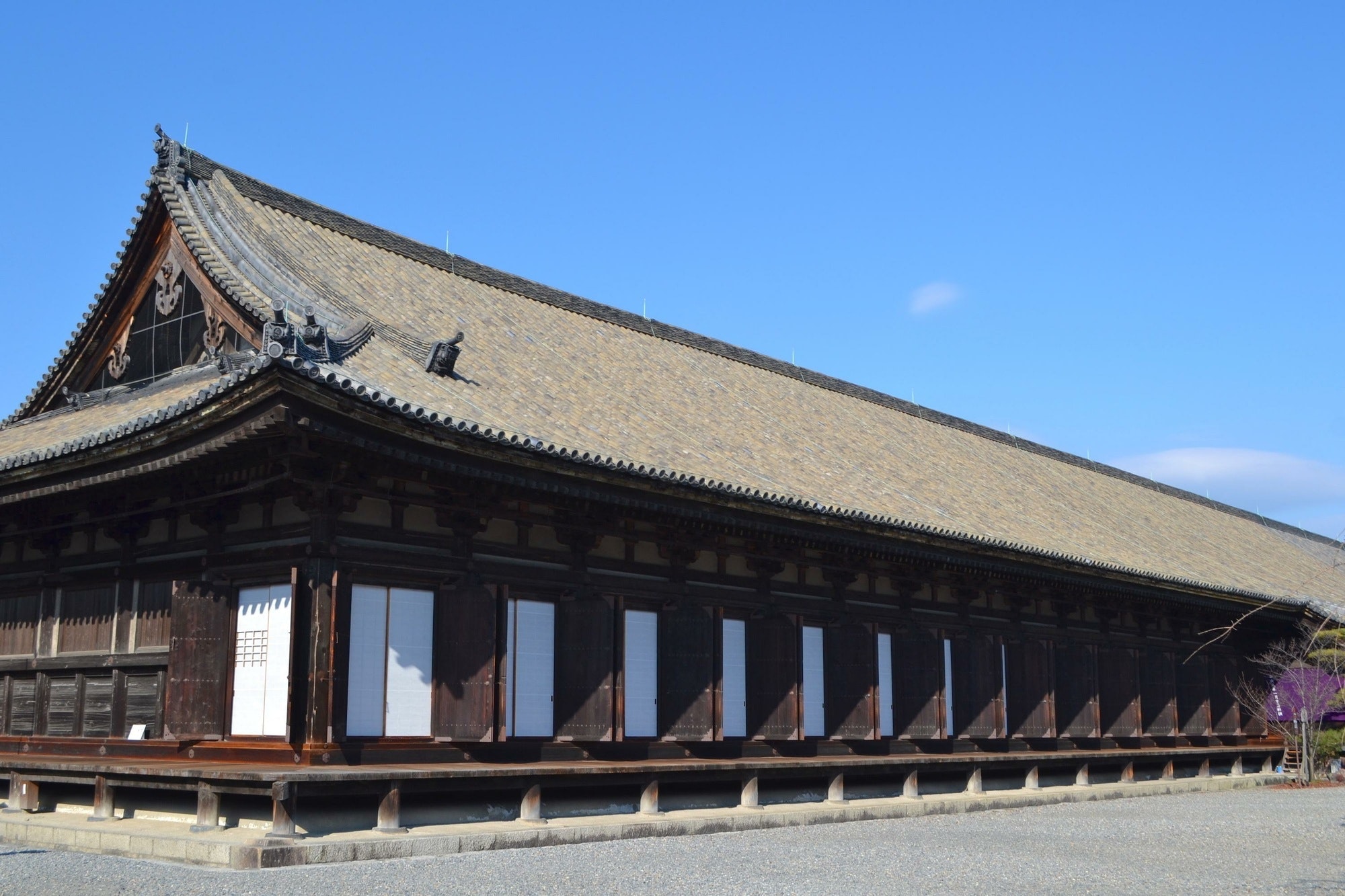 This video, titled "Kyoto Rengeoin Sanjusangendo and Buddhist statues" (京都 蓮華王院（三十三間堂）と仏像), was released by "Four Seasons Kyoto."
It shows "Sanjusangendo," the main hall of Rengeoin Temple, a popular tourist spot in Japan, and national treasures housed in Kyoto's Rengeoin Temple, including the many Buddhist Statues it keeps in a solemn atmosphere.

In this article, we'll introduce the charms of the Buddhist temple "Sanjusangendo" in Higashiyama, Kyoto alongside the video.
You'll be drawn to the magnificence of the building and the expressions of the Buddhist statues, and you'll surely want to see the real thing after watching the video.

A Closer Look at Sanjusangendo, A Popular Tourist Destination in Kyoto

Rengeoin is located in Higashiyama, Kyoto, one of Japan's leading tourist areas.
The main hall "Sanjusangendo" was built at the Imperial Palace of Emperor Shirakawa after he became Japan's 77th emperor.
The building was destroyed by fire once and rebuilt in 1266.

At Rengeoin, an event called "Omato Taikai," named after "Toshiya" in the Edo period (1603-1868) is held at the "Toshiya Range" in mid-January.
In particular, the competition in which adults who have just come of age wear furisode (long-sleeved kimono) and other formal attire and shoot at large targets is popular among tourists as a traditional event in Kyoto.

The Buddhist Statues at Sanjusangendo, A Popular Tourist Destination in Kyoto

An introduction to the Buddhist statues in Sanjusangendo, the main hall of Rengeoin Temple, can be seen from 3:03 in the video.
You are not allowed to take pictures inside the main hall, so this video is a great way to see close up images of the statues.
The video first introduces the famous Japanese national treasure, "Sentai Senju Kannon Ryuzo," the standing statues of the thousand-armed Goddess of Mercy."
Looking closely at each one, you'll find that each face is different, and it's said that there will always be one with a face that resembles the person you wish to see most.
Enshrined in the center of the hall is the National Treasure, a seated statue of the thousand-armed Goddess of Mercy.
The national treasures "Fujinzo," "Raijinzo," and "Kannon Nijyuhachibushuzo" are enshrined in front of the Sentai Kannon statue, creating a solemn atmosphere.

Summary of Sanjusangendo, One of the Most Popular Tourist Destinations in Japan

This video introduces some of the highlights of the popular tourist spot in Japan and Buddhist statues deemed national treasures.

Access to Sanjusangendo is ~10 minutes by bus from Kyoto Station, and about a 7-minute walk from the nearby "Shichijo Station" on the Keihan Main Line.
Admission to the temple is 600 yen for the general public, 400 yen for high school and junior high school students, and 300 yen for children, and parking is available for up to 50 cars.