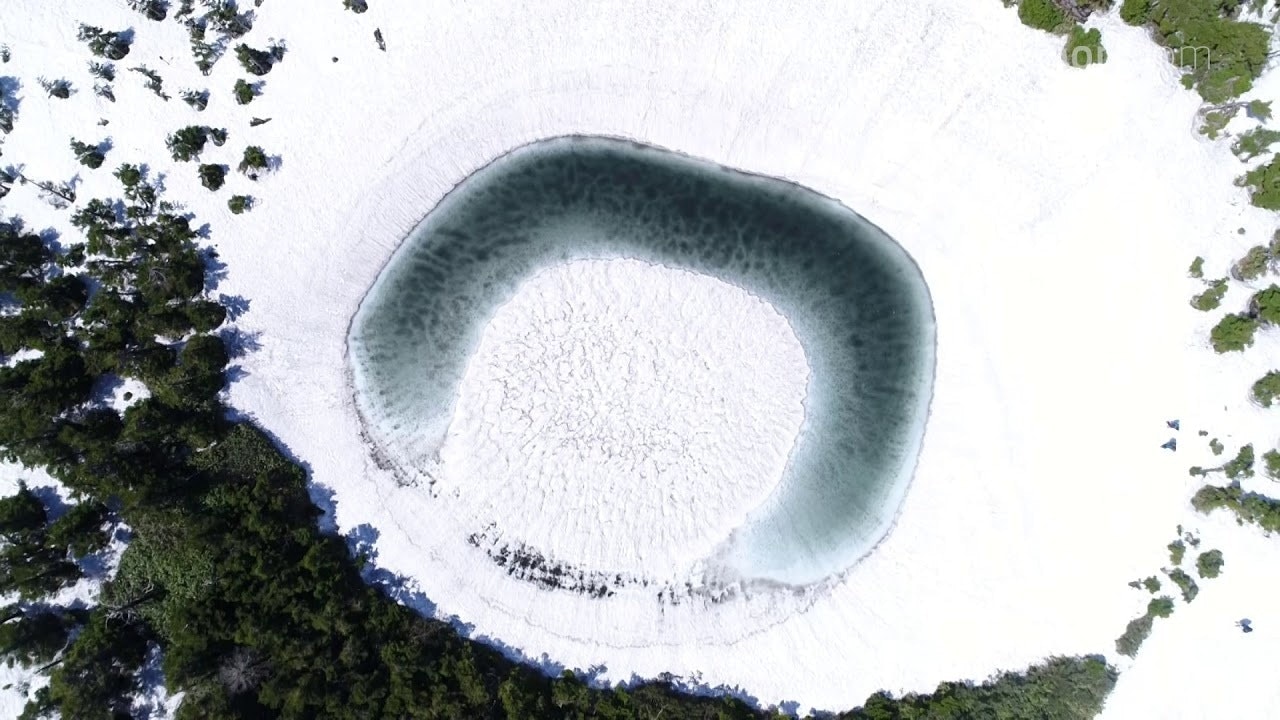 This video, titled "A Dragon's Eye That Appears at Hachimantai in Early Summer: Akita-Iwate Border [nippon.com]" (初夏の八幡平に現れる「ドラゴンアイ」：秋田・岩手県境 | nippon.com), was released by "nippon.com"

Hachimantai, which lies near the border of Akita and Iwate prefectures, is a mountain range in the northern part of the Ou Mountains dotted with rolling lakes and swamps at 1,600 meters above sea level.

One of the lakes, Kagami-numa in Senboku City, Akita Prefecture, is called "Hachimantai Dragon Eye" because the snow on the surface of the lake melts into a doughnut shape, making it look like the eye of a dragon.
The dragon's eye is only visible for two weeks, and heavy equipment is required to climb the mountain during the snowy season.
Seeing a scene like the one in this video is extremely rare, so it's a must-see!