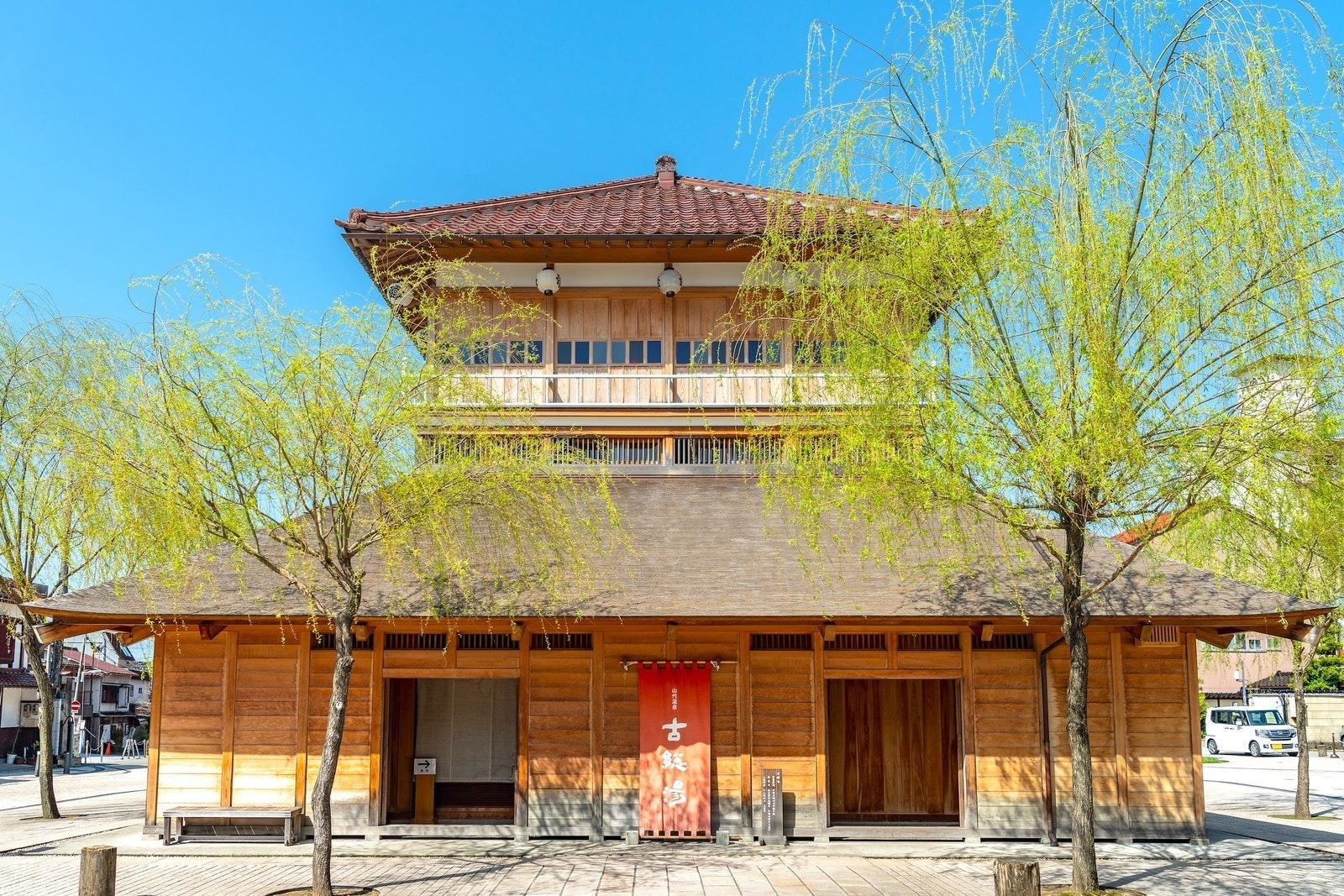 About the PR Movie for Yamashiro Onsen in Kaga, Ishikawa

"山代温泉 PRmovie 【short ver.】" made by the Yamashiro Onsen Tourist Association is a promotional video of popular tourist spots in Kaga city, Ishikawa prefecture.
Yamashiro Onsen in Kaga is located in the Hokuriku region of Honshu.
It is known as the only Onsen town in the region and referred to as "Ideyu no machi" (The Town of Onsen) with its 1300 years of history.
It has been loved by a number of Japanese writers and artists, with a heart of hospitality times past.

It's one of the most popular Onsen places on Japanese travel review & comparison sites.
many of the charms of old Japan are captured in this one and a half minute video, so be sure to take a look!

Attractive Spots Introduced in the Video

If you want to have a relaxing time, Rosanjin's Hut "Iroha" introduced from 0:24 is a highly recommended tourist spot.
Other sightseeing places, such as the foot baths, Kutani Kamaato Museum and the steps of the Japanese alphabet to the Hattori Shrine are shown as well.
The unique observatory of Sazaedo at 1:00 in the video is also a very attractive place to visit.

Presented at 0:13 in the video is Sohachi's Roppo Yaki, which is great for having a snack while you walk or lunch as well.
Kaga parfait presented at 0:47, with it's delectable sweets, is also something you don't want to miss.

Onsen and Ryokan in the Area

In Yamashiro Onsen there are various select onsen ryokans such as Rurikoh, Yuzankaku, Housyoutei, Yamashitaya and Yoshidaya Sannoukaku.
We also recommend lodging such as Araya Totoan, Yayunokuni Tensho, Tachibana Shikitei, Hatori, Beniya Mukayu, Morinosumika Resorts & Spa, Yukai Resort Saichoraku and Hoshino resorts. Of course there are places you can enjoy without staying the night at a hotel as well.

Things to do When Visiting Yamashiro Onsen

There are a variety of things to do when staying at the Yamashiro Onsen. There is "Hazuchio Gakudo" which is a supporting institution for local communication, "Gallery PANNONICA" where unique exhibitions of all genres are held, "Izukuraya Buzangama" where you can see ceramic artworks, "Utsuwazo" where local Kutani ceramic artists' works and other great artworks of Yamanaka's lacquer ware are exhibited, and "Kamamoto Kutani Bitouen" where you can enjoy original ceramic wares.

There are a lot of places where you can actually experience the traditional craft Kutaniyaki (A type of Japanese porcelain).
If you have a chance to visit Yamashiro Onsen, why not give some of these places a visit as well.

After staying at one of Japan's ryokan, visiting Yamashiro Onsen, spending a wonderful time in the large public baths and open-air baths, you may want to put on your yukata, relax and enjoy some private time exploring the Ryokan.
If the weather is nice, you can have a nice time walking around the Onsen village just like in the video.

Access is about 30 minutes by car from Komatsu Airport and the closest station is Kaga Onsen Station of Hokuriku-honsen, West Japan Railway.
Spend time at Shiroyama Onsen, the popular Onsen area of Kanazawa and Kaga of Ishikawa prefecture will definitely make for an unforgettable experience.