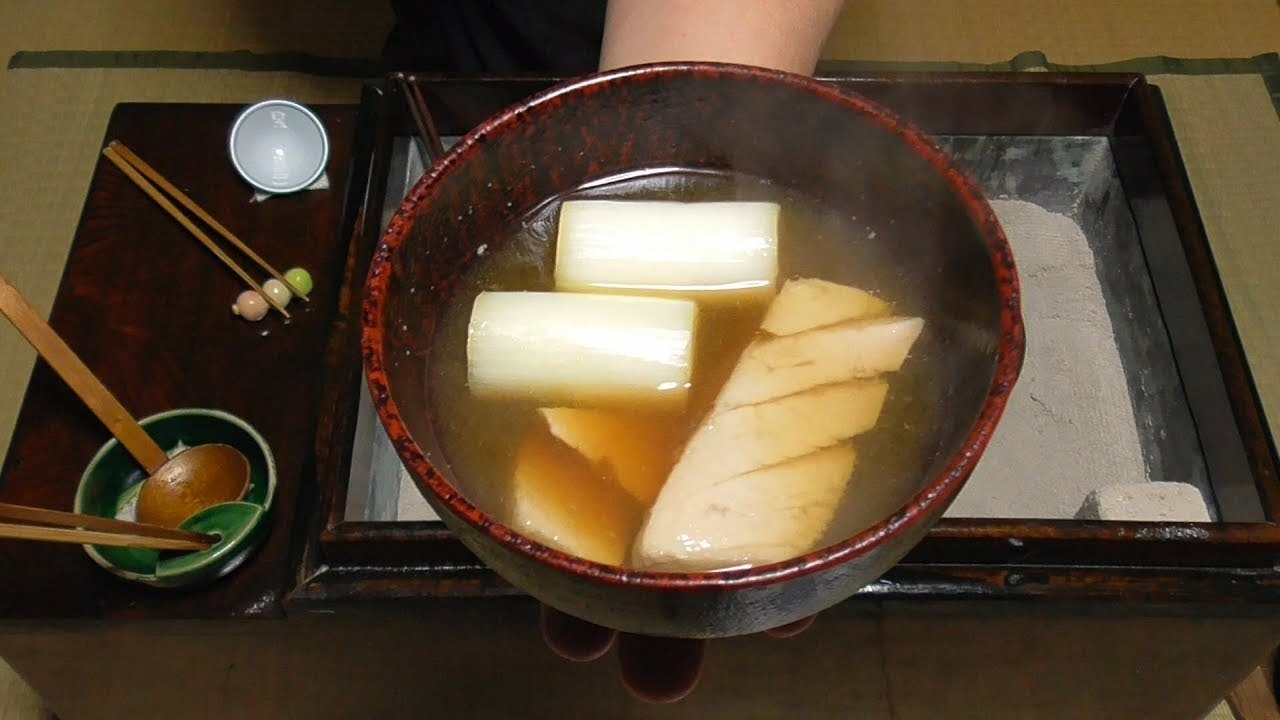 The ingredients for Negima nabe (Tuna/Onion hot pot) are onions and bigeye tuna belly.
It's cooked in a pot with dashi broth, soy sauce, mirin, and sake.
The video shows how a "bekohai" (a sake cup that can't be set down until finished) is heated over the hibachi.

Negima nabe is cooked slowly in the sunken hearth, and it is a superb dish.
It's important to choose bigeye tuna with good fat to bring out the flavor in the hot pot.
If you put rice in the leftover soup stock and put an egg in it, you can make zosui to finish the dish.
If you want to try the delicious negima nabe, which has been eaten in Japan for hundreds of years, be sure to take a look at the video!