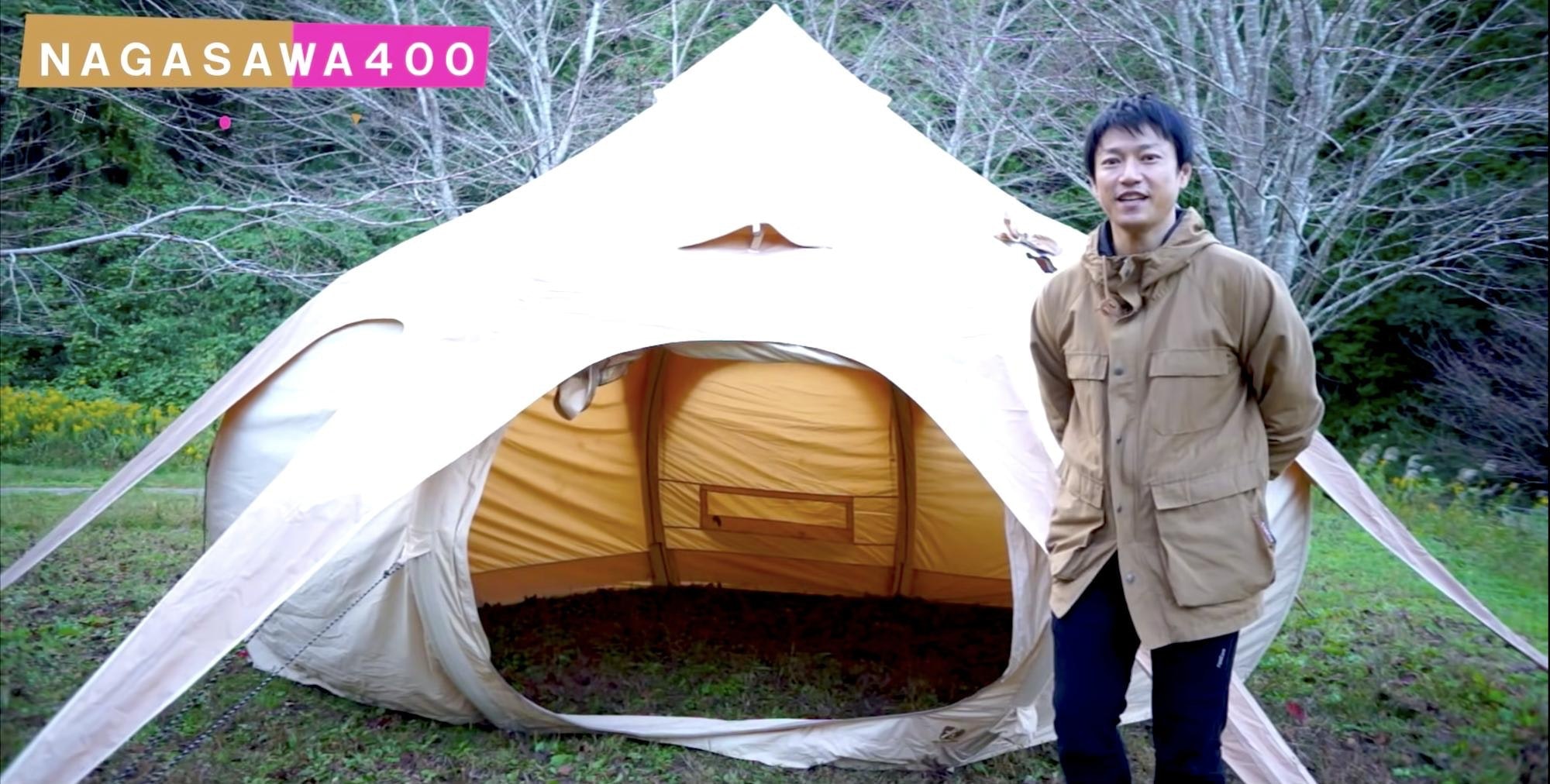 In Japan, where the Corona pandemic has made it impossible to enjoy many activities, camping is has become very popular as a family activity where people can get in touch with nature. Glamping, an activity that can be easily enjoyed even by inexperienced campers, and tents that can be easily set up are becoming more and more popular. In this article, we will talk about inflatable tents.

What is an Inflatable Tent?

Advantages of the Hilander Inflatable Tent

A Spacious Tent with No Central Pole Required!

The Hilander Nagasawa 400 inflatable tent's main feature is that it's designed without a center pole. The center pole-less design allows for ample sleeping space and is suitable for four to five adults which has earned it quite the reputation.

Furthermore, with its high ceiling, it's outstanding in terms of livability.
[Video] 9:30 – No center pole

The Hilander Nagasawa 400 inflatable tent has many vents to keep you comfortable when camping during the summer months. Despite its large size, the tent provides a pleasant, well-ventilated space thanks to its many air vents.

In addition, the material used is polycotton, which makes it cozy even in cold winters. The material is fire-resistant, so even if it is hit by sparks from a bonfire, the flame will not spread easily. In addition, polycotton is more resistant to condensation than ordinary polyester. This makes the Hilander Nagasawa 400 a recommended inflatable tent for use in not only spring and summer, but autumn and winter as well!

Designed in a Unique Shape With Safety in Mind

The Hilander Nagasawa 400 inflatable tent has an onion-shaped design, which resembles an onion skin covering the body of the tent.
[Video] 3:00 – Onion-like shape

The onion-shaped design of the Hilander Nagasawa 400 makes it very unique compared to other inflatable tents and it's also extremely safe!
With ordinary tents, the guy lines are exposed, and it's not uncommon for people to trip and fall. However, the onion-shaped cover on the Hilander Nagasawa 400 inflatable tent allows the guy lines to be concealed.
This eliminates the risk of tripping over them.

An Impactful Design That Will Make You Feel Like You're Glamping!

The Hilander Nagasawa 400 inflatable tent has a stylish onion-shaped that makes it very impactful. The spacious interior of the tent offers a glamping-like atmosphere with its attractive design.
In addition to the design, the height of the tent allows children and adults alike to move about freely.

Disadvantages of the Hilander Nagasawa400

The video also touches on some points where the tent could be improved. The first point is the lack of a floor seating, which aren't available even as add-ons. Second, it's difficult to inflate with the included pump. If you want to inflate it easily and quickly, you may want to consider an electric pump. The third disadvantage is that there's no skirt at the base of the tent. Because of this, wind may blow in through the base if there's a strong wind. Draft protection may be necessary when camping in winter.

The Hilander Nagasawa 400 is a large inflatable tent, featuring a unique design, large capacity, and a high ceiling.
In addition, the included pump makes it easy for even beginners to set up and take down. Check out the video to see what the tent looks like, how spacious it is, and how to set it up.