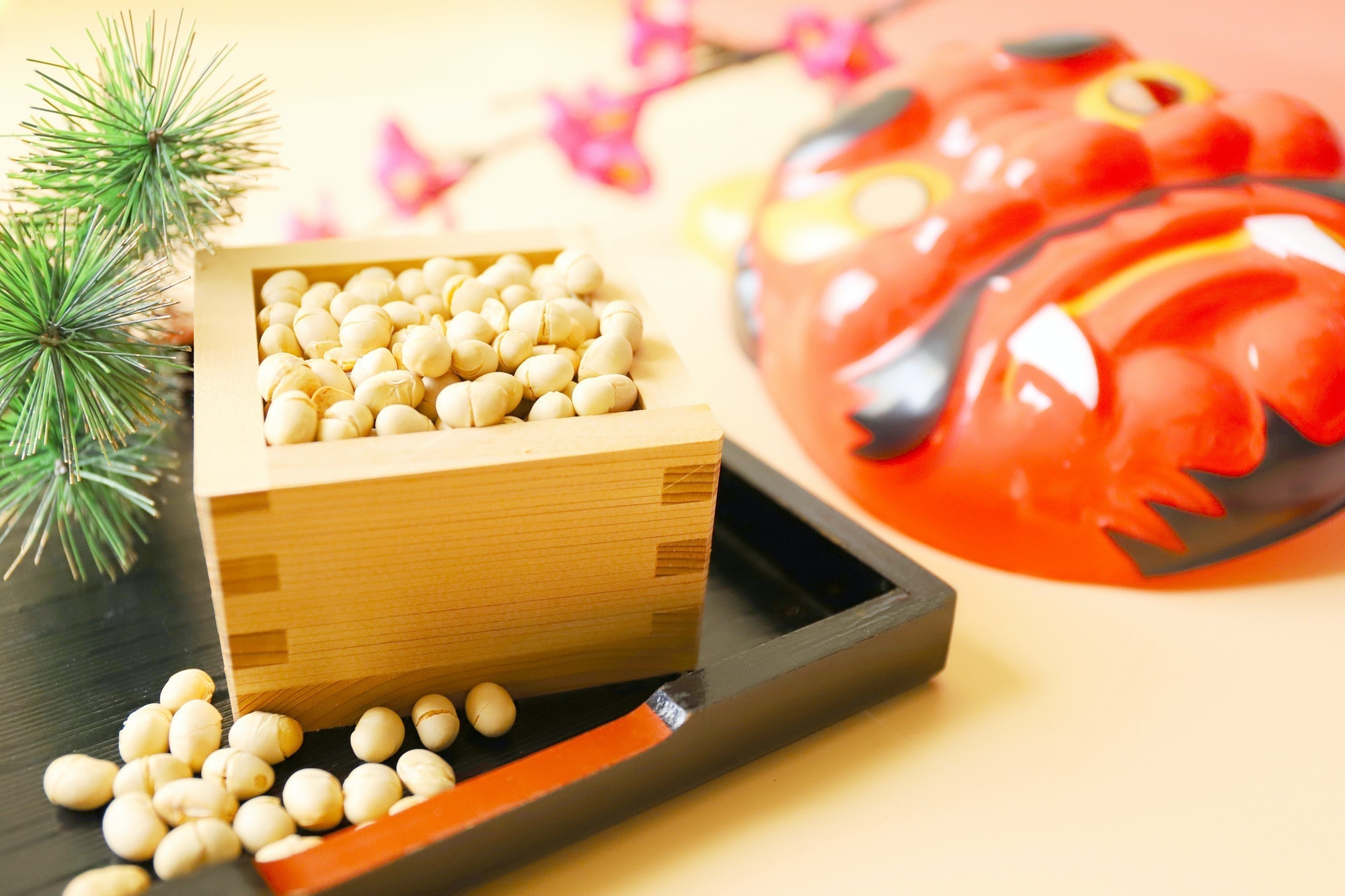 Iwashimizu Hachimangu, located in southwest Kyoto (Yawata, Kyoto), a popular sightseeing spot in Japan, is a historical shrine with many highlights.
There are ten buildings there, including the grounds of the shrine and the main shrine which have been designated National Treasures, and many National Cultural Properties.
It is also one of three great Hachimangu Shrines in Japan.
You are able to feel Japan, by just walking around the shrine.

This article introduces the Oni Banishing Ritual "Oni Yarai Shinji," a type of Setsubun held every year on the Sunday before February 3rd at Iwashimizu Hachimangu, as well as sightseeing and general Setsubun information.

As you can see from 2:24 in the video, beans are thrown at oni while people shout "Oni yaro."
After the oni are driven out of the shrine they run away.
Finally, fukumame (good luck beans) are thrown into the crowd signifying that the shrine has been cleansed.
The video will make you want to perform some oni exorcisms of your own!

The origins of Setsubun derive from "Tsuinashiki," an event to drive off evil spirits on New Year's Eve and at the change of seasons to drive away evil spirits.
The common chant you'll hear among onlookers is "Oni wa soto, fuku wa uchi!," (Demons out, fortune in!) while throwing the beans. It's also good luck to eat as many beans as your age.
In some areas, it's also common to hang a sardine with its head skewered on a holly branch on your doorstep as a charm and to eat ehomaki while facing the "lucky direction" without speaking.

The "Oni Banishing Ritual" is held every year on Sunday before February 3rd at Iwashimizu Hachiman in Kyoto, from 1pm and 2pm.

A priest who exorcises evil enters and shoots in all directions with a bow made of peach branches.

Next, he uses a sword made of peach branches to strike in all directions, saying "oni yaro!" This can be seen from 0:58 in the video.
From there, the standard Japanese red and blue oni with clubs come and shout to scare children.

The priest and others stand in front of the main building as the oni try to rush forward, but the beans are thrown at them and they're sent tumbling down the slope over and over again.
Eventually, the oni give up and run away.
Afterwards, beans in small packages are given to the visitors. You can see the event taking place starting from 1:30 in the video.

To get to the shrine, take the Keihan Line from Kyoto Station, ride about 30 minutes and get off at Iwashimizu Hachimangu Station. From there, transfer to the Otokoyama Cable Car and get off at Hachimangu-sanjo Station at the top of Otokoyama and walk for 5 minutes.
You can also walk instead of using the cable car.
There are parking areas as well.

You can learn about Setsubun rituals and beliefs in the video, so be sure to check it out.