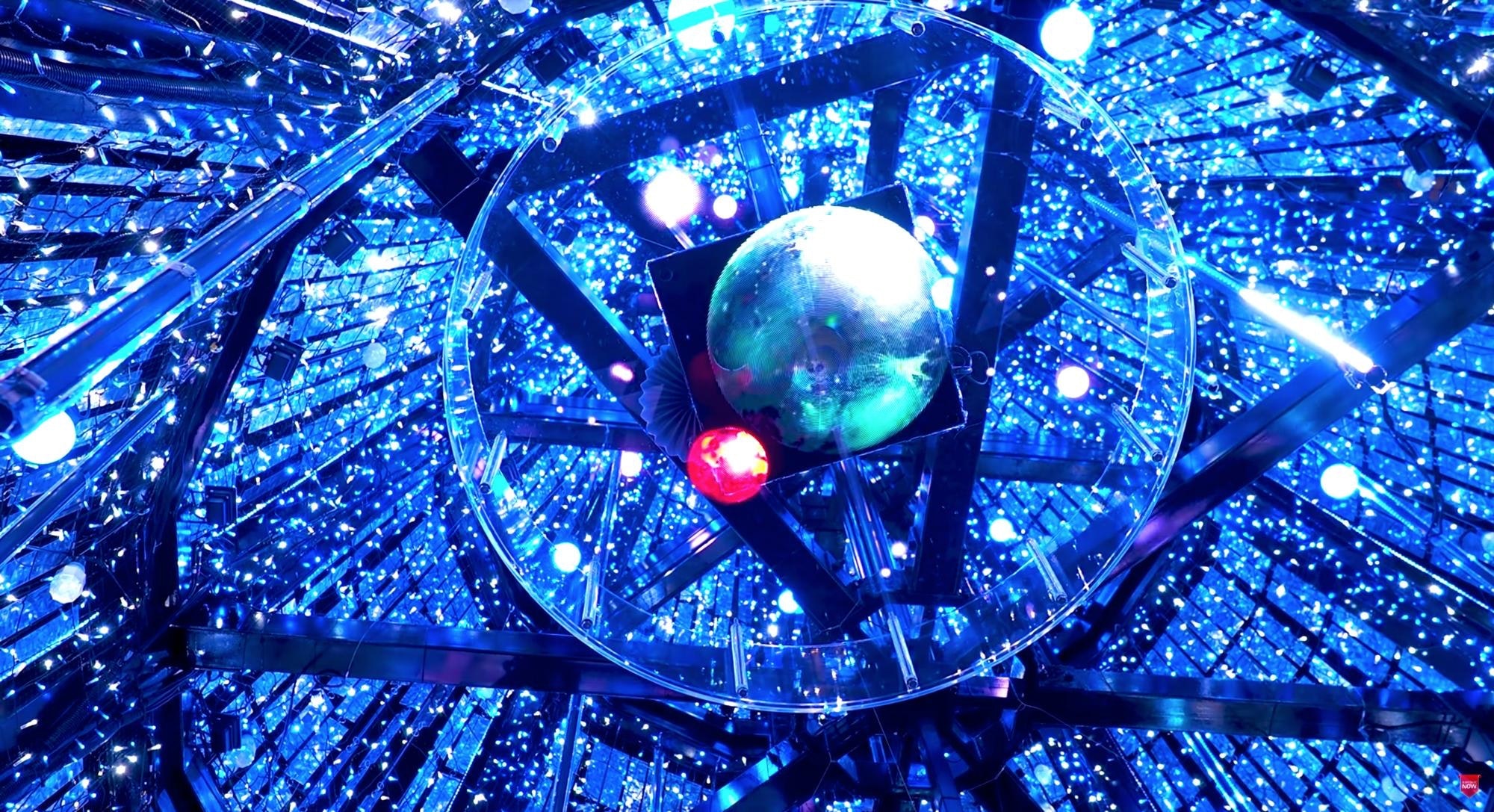 If you're looking for a romantic place to enjoy Christmas lights, then look no further!

The Cityscape Around Tokyo Midtown Hibiya

The video begins by introducing a typical night in Hibiya, including office areas.
From 4:10, restaurants, cafeterias, Izakaya (Japanese style pubs), and more are shown.

The restaurants, cafes, and izakaya (Japanese and Western-style) offer a wide variety of menu items.
It's a great place to go for lunch, dinner, or just to grab some drinks.

At 5:25, we see the main attraction of the video- Tokyo Midtown Hibiya Illumination.
Tokyo Midtown Hibiya is a complex that opened in March 2018 with about 60 shops and restaurants, offices, a movie theater, hanging gardens, and a plaza space.
It's a popular spot with excellent access from Roppongi and Ginza.

It reflects the appearance of the Starlight Garden illumination that adorns the Midtown Grass Square of Tokyo Midtown (Roppongi).
Together with soap bubbles, it emits a mystical atmosphere, and you can even go inside to enjoy the illuminations inside the tree.
Consider coming here for your Christmas date!

HIBIYA Magic Time Illumination is an event held at Tokyo Midtown Hibiya, Chanter HIBIYA, Godzilla Square, and Hibiya Naka-dori St. The 2019 event, for which this video was filmed, took place from Thursday, November 14th to Monday, February 24th, 2020
It was first held in 2018, and in 2019 the entire Hibiya area was filled with approximately 400,000 LED lights.

The "Area Illumination," which can be seen from 11:31 in the video, is a scaled-up version of the tree illumination that adorns the entire Hibiya area, and depending on the season, it will be "Opening Blue" (white and light blue), "Mellow Christmas" (red and gold)," "Celebration Gold" (gold and yellow), or "Blooming Valentine" (white and pink), in rotations.

One of the highlights of the festival is "Magic Time," in which the colors of the lights on the trees change once every 15 minutes to musical music.

Tokyo Midtown Hibiya is the perfect place to enjoy Christmas, not only for the fascinating events, but also for the variety of shops that line the streets.
It's a magical place to enjoy the seasonal atmosphere.
Enjoy the beauty of the illuminations with your special someone.
Please enjoy the video of the HIBIYA Magic Time Illumination with a variety of entertaining performances worthy of the nickname the "Broadway of Japan."