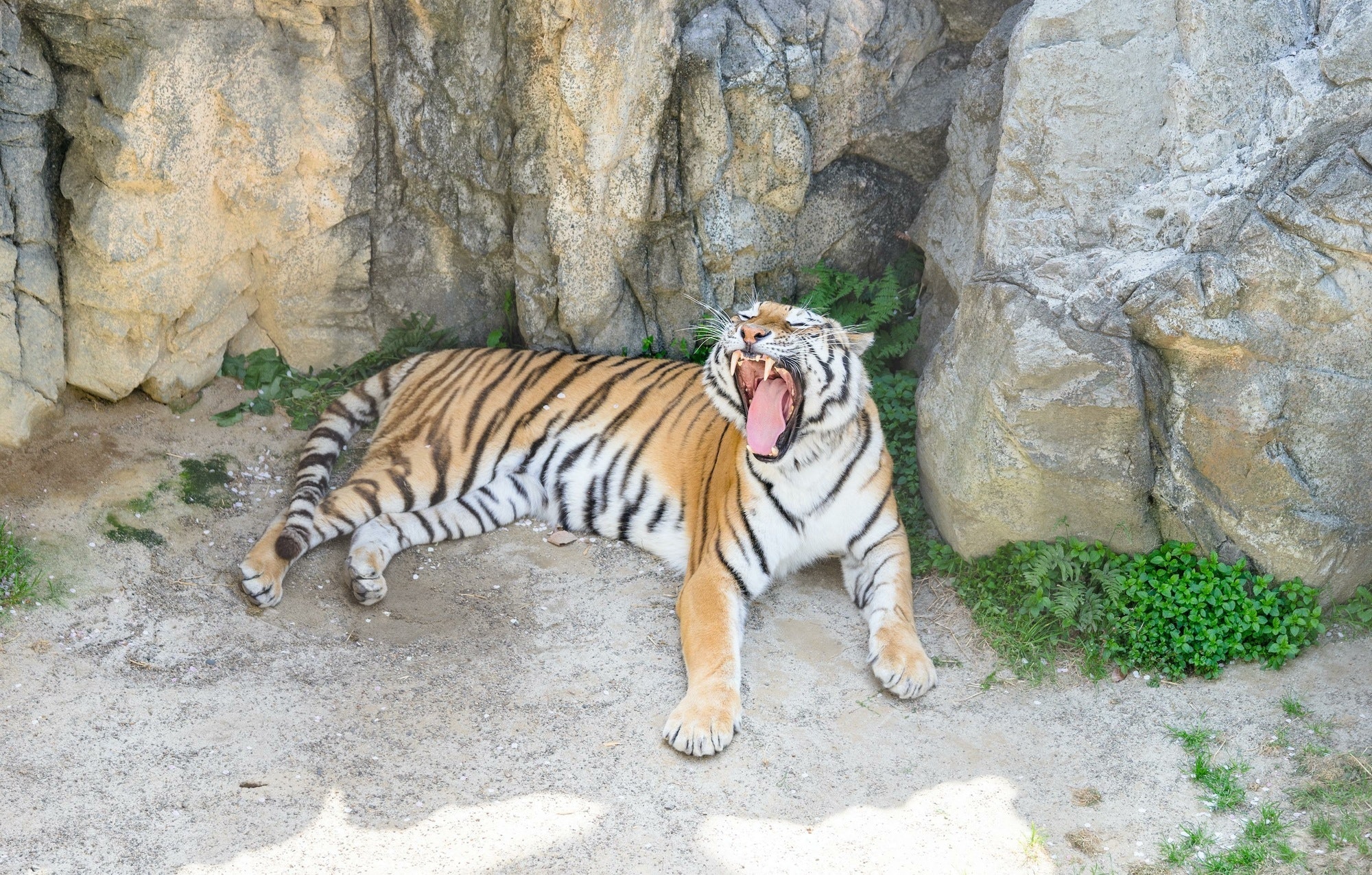 The Nihondaira Zoo opened in Shizuoka City, Shizuoka Prefecture around 1965.
In the renovation project completed in 2013, "Wild Animal House 299," "Flying Megadome," the petting zoo, and other fun facilities were developed, and the zoo opened with the theme of "a zoo of surprise, excitement, and dreams" where visitors could learn about the relationship between animals and people through behavioral exhibits and interaction with animals.

The new logo of Nihondaira Zoo is based on the characteristic shape of the zoo.
In this article we'll introduce the new Nihondaira zoo promotional video in beautiful 4K resolution.

The History of the Nihondaira Zoo

The Nihondaira Zoo started as a project to commemorate the 80th anniversary of Shizuoka City’s municipal administration in 1965 and the current model of the zoo began in 1969.
In 2007, a redevelopment project for the entire zoo was started and in the spring of 2013 the new Nihondaira Zoo had its grand opening.

In recent years, many zoos have been focusing on behavioral exhibits.
This is to minimize the stress on animals as much as possible by creating enclosures that match the ecology and living habitats of the animals. At Nihondaira Zoo, there are also events such as the "Night Zoo" to exhibit the behavior of nocturnal animals.

In the video, you'll see facilities where you can view the ecology of red pandas from 0:20, tigers from 0:33, polar bears from 0:38, as well as elephants and various other animals from 0:55.
The former Emberson House, which is adjacent to the Nihondaira Zoo, has also been designated a Tangible Cultural Property of Shizuoka City.

The Role of Zoos in Japan

Most people probably have the perception that a zoo is an amusement park.
However, the real role of the zoo is for researchers around the world to share information, study animal behavior, and spread and share information about animals to avoid extinction.
They are research institutes that provide education by allowing children to interact with animals to learn the importance of life.
As a matter of fact, many wild animals are on the verge of extinction due to the recent extreme weather conditions and overfishing happening around the globe.
Public zoos and aquariums around the world are collaborating to launch species conservation projects and collaborating with universities to conduct animal research day in and day out, such as sex identification via DNA and breeding cycles through hormone analysis.

The Nihondaira Zoo is also in charge of registering the pedigree of domestic animals living in Japan.
In the species conservation project, has the best breeding record in Japan, especially for giant anteaters.
The breeding journal of the giant anteater has received attention from other zoos as the longest dissertation in Japan.br>
The park, which covers an area of 13 hectares, also has a treatment facility where injured and sick wild birds and animals are housed until they can finally be released back into the wild.
In this way, they also provide physical therapy services for animals.

The Facilities of Nihondaira Zoo

The zoo is of course a fun and valuable place to interact with rare animals.
Let's take a look at the renovated facilities of the Nihondaira Zoo. First off, you can meet fierce beasts such as the lion at "Wild Animal House 299," and see rare birds at "Flying Megadome."
You can also see the popular "Futa-kun" who is kept at the "Red Panda House," as well as pet rabbits and capybaras at the petting zoo.
The "Orangutan House" is a place where you can meet cute orangutans with their gentle gestures, which can be seen from 1:13 in the video.
Besides that, there are specialized exhibition corners, such as the "Herbivore Huts," exhibits for nocturnal and tropical birds, "The Castle of the Mysterious Forest," the "Reptile House," and the "Penguin House," as well as the general exhibition corner where you can meet giraffes, elephants, and gorillas.

In addition, there is an amusement park with a "roller slider," and a restaurant where you can buy souvenirs and enjoy lunch.
It's crowded with parents and children every day!

If you're headed to Shizuoka, be sure to stop by the Nihondaira Zoo where you can enjoy the behavioral exhibits of various animals!
You might be able to discover an unexpected side of the animals that you didn't know existed.

【Official Website】Shizuoka Municipal Nihondaira Zoo｜A behavioral exhibition that can be observed from various angles up close and also a sacred place for red pandas
https://www.nhdzoo.jp/english/