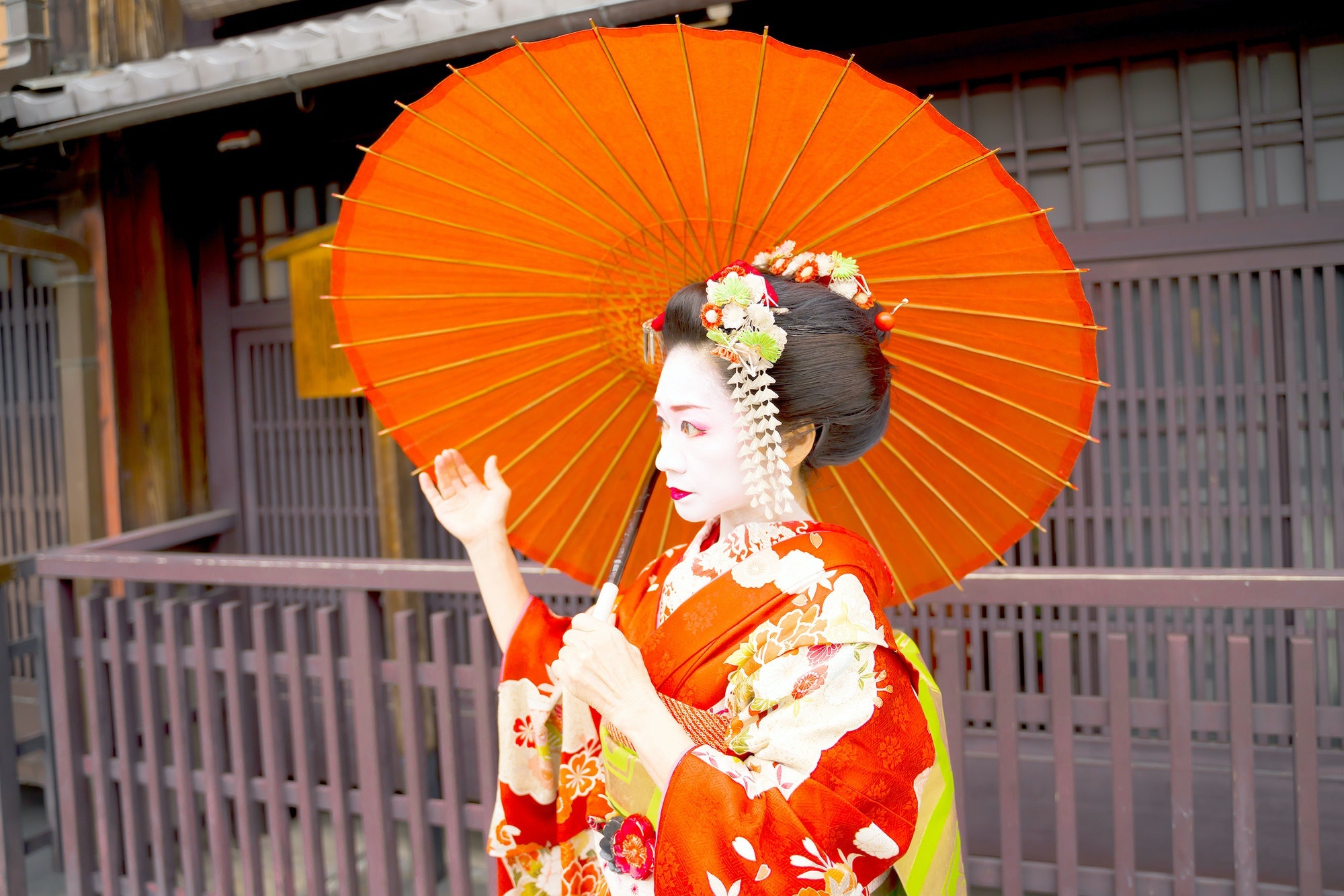 This video, titled "Beautiful Kyoto: Being a Maiko (featuring Fukunae-san)," was released by Discover Kyoto.
There are five Hanamachi (districts where geisha live and work) in Gion, Kyoto, referred to as the Five Hanamachi districts.

They are Gion Kobu, Miyagawacho, Gion-Higashi, Ponto-cho, and Kishichiken, and each of them has its own theater, which is crowded with dances and theatrical performances in the spring and fall.
The dances performed by Kyoto's gorgeous maiko are very popular among tourists as one form of traditional Japanese entertainment.

The History and Apprenticeship Training of Kyoto's Maiko

The maiko of Kyoto refers to the young women who tie their hair in a traditional Japanese style, wear furisode (a long-sleeved kimono), and perform beautiful dances at banquets.
The history of maiko, a traditional performing art of Kyoto, began with the tea ladies of tea houses that served tea to the worshippers at Yasaka Shrine in Kyoto during the Edo Period (1603-1868 AD).

The apprenticeship training to become a maiko is called "Shikomi" (仕込み).
During the training, the maiko learns various things, such as dancing, shamisen, and how to properly wear furisode.
In the world of maiko, it's very important to adhere to tradition.

The World of Kyoto's Hanamachi

In Hanamachi, there are mainly teahouses and okiya.
Okiya are teahouses where maiko and geiko entertain customers with dances and other performances.
Some okiya have a policy of declining customers without introductions from other regulars.
An okiya is a place where a maiko lives and prepares for banquets.
The men of the occupation who dress the geisha and maiko are called "Otokoshi" (男衆).

Experience the Traditional Performing Arts of Kyoto With a Maiko Experience!

If you go to Kyoto for sightseeing, we strongly recommend experiencing a traditional maiko performance.
In recent years, the number of shops where you can experience maiko culture has increased, so you can have your picture taken with a maiko wearing a kimono and white makeup.

On top of the reasonably priced photo plan, you can also choose a plan that allows you to experience a stroll through picturesque sightseeing spots for an additional fee.

Summary of Maiko - A Traditional Culture of Kyoto

As shown in the video, the elegant maiko culture has existed in Kyoto since ancient times.

When you visit Kyoto, be sure to observe a dance performance at a theater or stop by a place where you can experience maiko and the traditional performing arts of Kyoto.