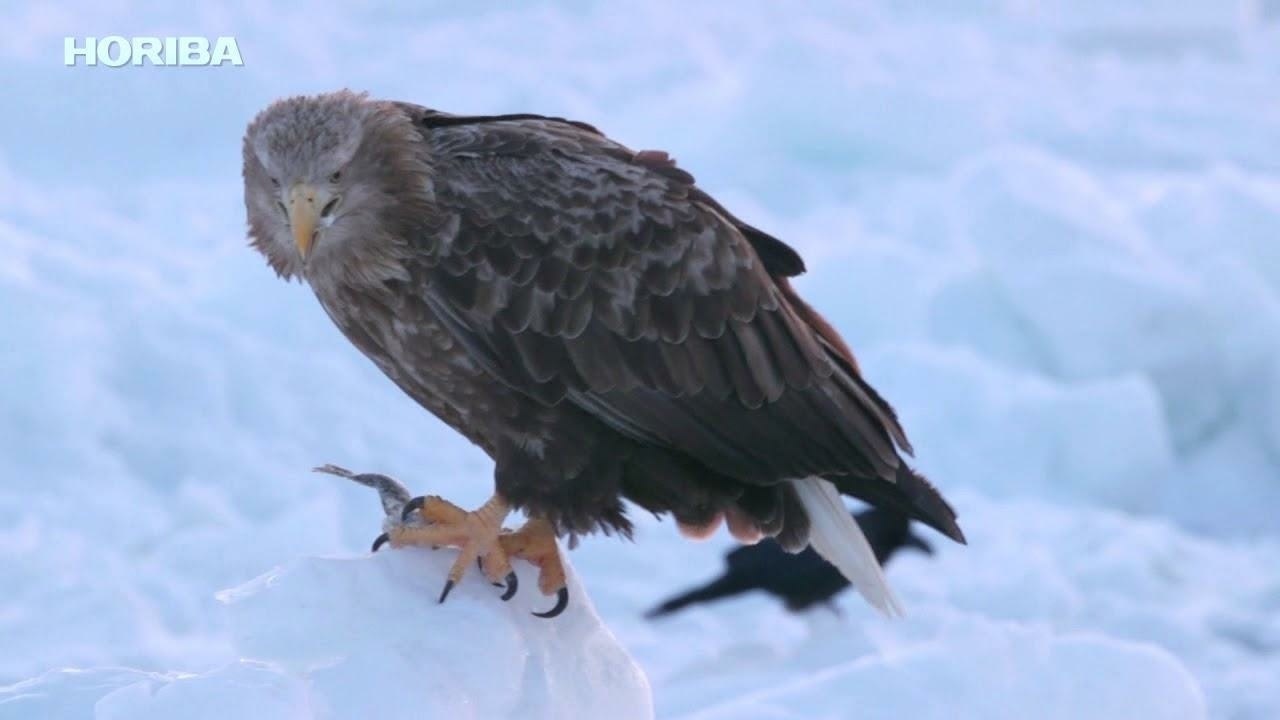 This video, released by the Gaiapress Channel, is called "White-tailed Eagles."

February is the coldest month of the year in Japan.
The Shiretoko Peninsula and Kunashir Island are separated by the Nemuro Straits, and the drift ice arrives at the Nemuro Straits a thousand kilometers away, carried southward by winds and currents from the Amur River.

At this time of year, drift ice is not the only thing that comes to the Nemuro Straits.
Large birds of prey, such as the white-tailed eagle and Steller's Sea Eagle, from the northern part of the Sea of Okhotsk also appear in groups at the same time, as if they were riding on the ice floes.

This video explains the biology of white-tailed eagles and shows their majesty in nature.