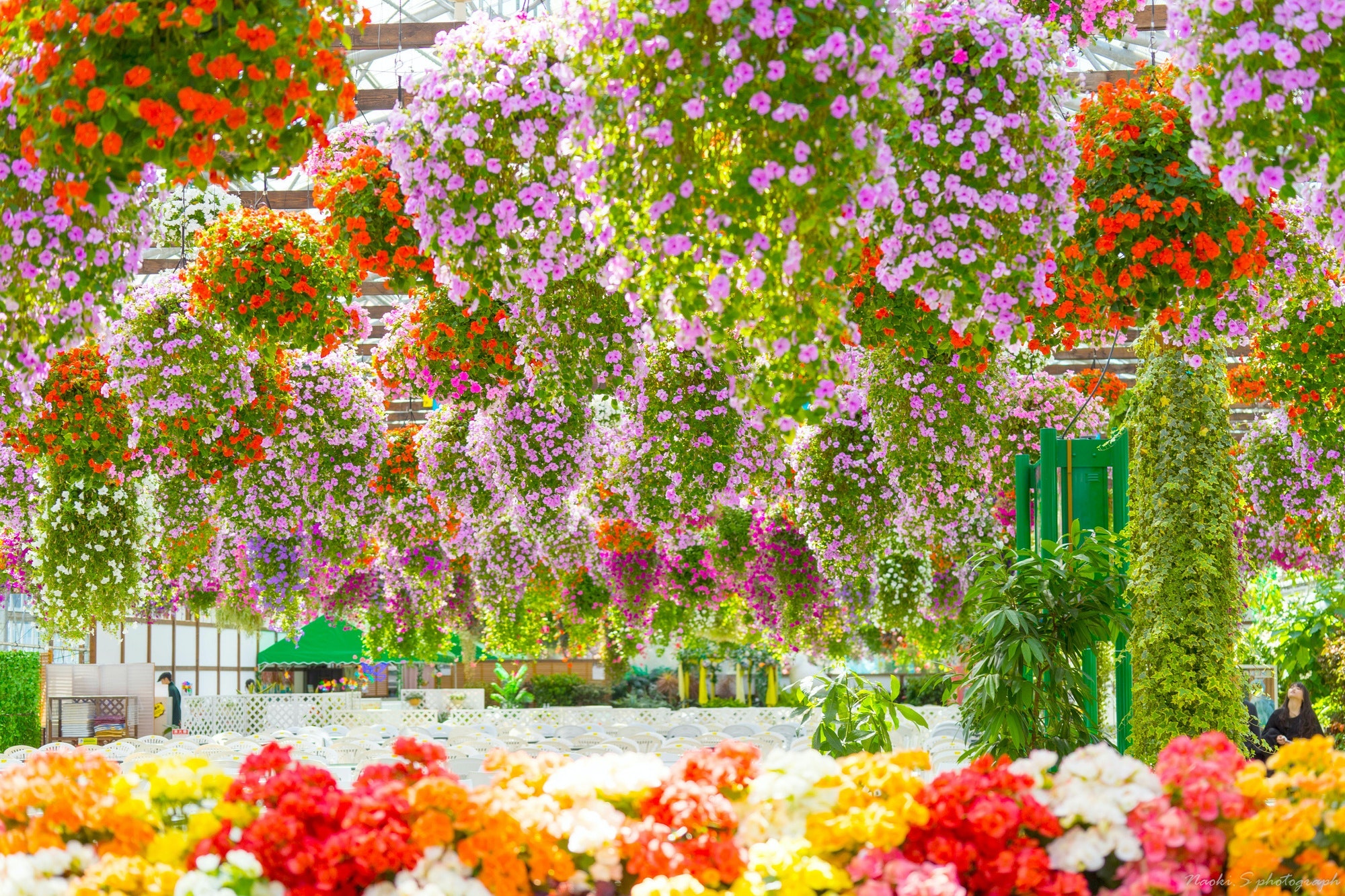 Kakegawa Kachouen - A Theme Park of Flowers and Birds

Kakegawa Kachouen is a theme park of flowers and birds.
The park has a water lily pond and other ponds, as well as a pasture where you can enjoy flowers and plants all year round.
The facility is fully equipped with heating and air-conditioning, including the greenhouse you can see at 0:19 in the video.
It's cool in summer and warm in winter.
The park is barrier-free for all visitors to enjoy with peace of mind.
In this article, you can see inside of Kakegawa Kachouen to fully enjoy its many appealing features.

Kakegawa Kachouen was opened on September 20, 2003, in Kakegawa City, Shizuoka Prefecture.
Kakegawa Kachouen is a barrier-free facility for everyone to enjoy, based on a theme of "interaction with flowers and birds."

In the park, you can see birds, such as ducks, swans, owls, and shoebills, as well as rare plants such as water lilies, Amazon water lilies, and angel's trumpets (brugmansia).
The nearest station to Kakegawa Kachouen is Kakegawa Station off the Tokaido Shinkansen Line.
From the station it takes only 10 minutes to get to the park via bus, so it's very convenient.

The Birds You Can See at Kakegawa Kachouen in Kakegawa City, Shizuoka Prefecture

At Kakegawa Kachouen in Kakegawa City, Shizuoka Prefecture, you can interact with many different types of birds.
There are many birds flying around freely at Kakegawa Kachouen, so you can even enjoy just walking around.
There's also an outdoor emu farm and indoor area where visitors can interact with birds, such as Indian peafowl, Hartlaub's turaco, greater flamingos, and giant toucan.

Also popular are the bird shows (free of charge), which can be seen from 0:42 in the video, and daily events, such as bird feeding (paid), owl holding (paid), and penguin lap-sitting (paid).
Interacting with the Harris' Hawk is really exciting!
The emu farm outside is another very popular attraction.
This can be seen from 2:23 in the video.
Many bird species that are rarely seen in Japan are kept here, so visitors can fully enjoy themselves all day long.

While the birds at Kakegawa Kachouen are of course very popular, the flowers and plants growing in the garden are also very pretty.
Some tropical flowers, such as Ivy geranium, Aeschynanthus, Indian mallow, and impatiens (Touch-me-nots), can be seen in the greenhouse.
There are also many narcissus plants in the garden to welcome visitors.

You can see flowers all year round in the large greenhouse in Kakegawa Kachouen, and, as you can see at 1:28 in the video, you can enjoy a buffet under the flowers in full bloom.

Just by watching the video it's easy to tell the Kakegawa Kachouen is a great place to relax amongst nature.
The colorful plants and flowers and cute birds are also great for taking Instagram pics.
On the official website of Kakegawa Kachouen, there's a blog with tips for visiting the park.
Kakegawa Kachouen also sells souvenirs, so be sure to check them out!

【Official Website】[Kakegawa Kachouen] A theme park where you can enjoy interacting with flowers and birds
https://k-hana-tori.com/eng