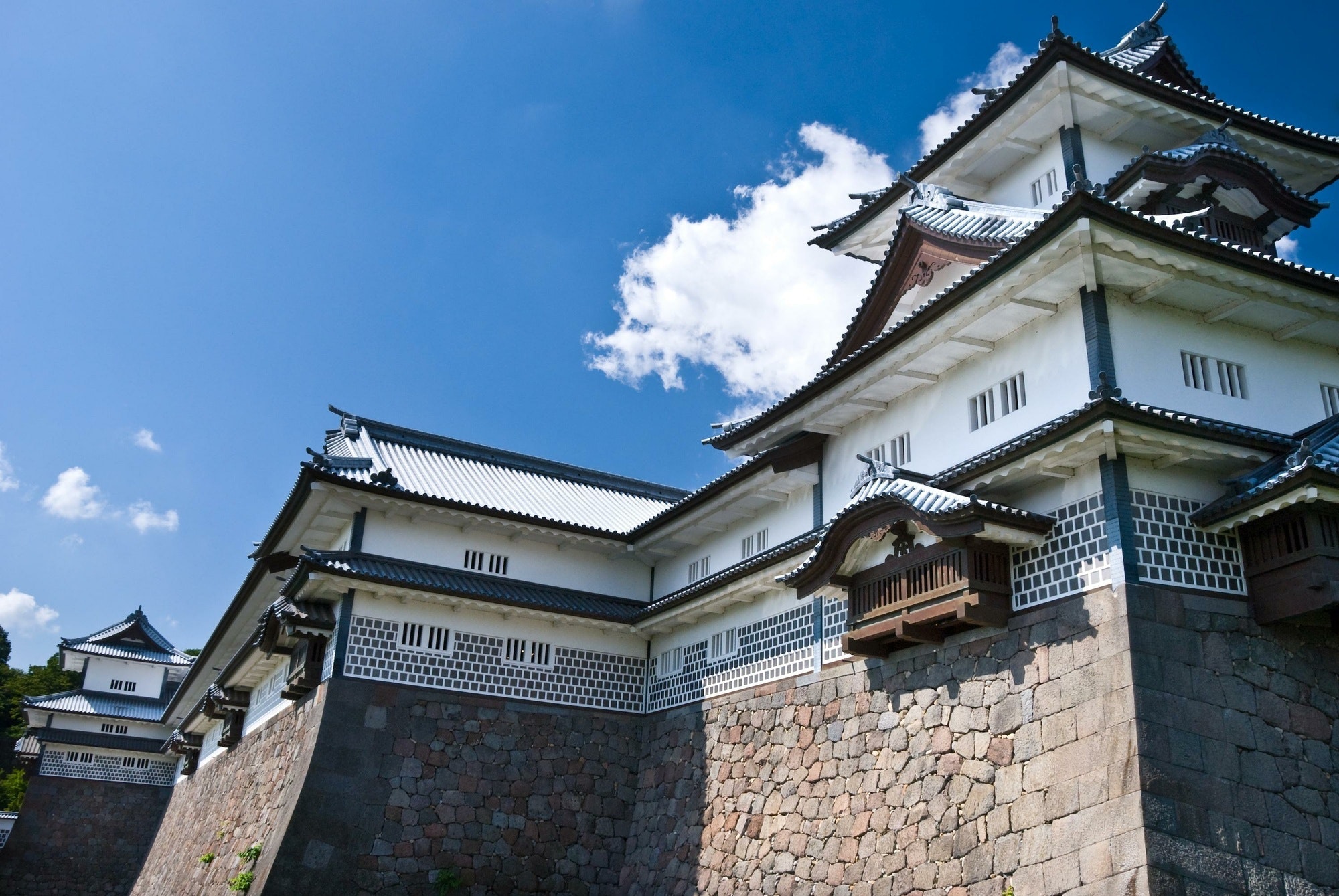 Kanazawa castle is one of the most popular tourist spots in the Hokuriku Region.
At Kanazawa castle, you can learn about the history of Ishikawa, Kanazawa, a place known as a prosperous castle town in Kaga Hyakumangoku.
Kaga Hyakumangoku refers to the measure of wealth the Kaga region attained during the early rule of the Maeda clan and the artisan culture they promoted over the following three centuries.
The video shows the beautiful Kanazawa castle, a national historical site.

In the article, we'll talk about Kanazawa castle alongside the video. Try to keep up!

What is Kanazawa Castle?

Kanazawa castle is located in Marunouchi, Kanazawa, in Ishikawa prefecture (Formerly Kaga province, Ishikawa-gun, Kaganokuni). It was built on the Kodatsuno Plateau between the Saigawa River and the Asano River, which flows through the Kanazawa plains.
During Edo period (1603-1868), Kanazawa castle prospered as a castle town of Kaga Hyakumangoku and was used as a residence of the Maeda clan, the head of the Kaga domain.

Kanazawa castle was constructed from the Warring States period (1467-1615) to the Edo period and is classified as a hilltop castle with a teikakushiki layout.
It has a distinctive exterior with white walls made of white mortar and flat lead tiles.
The beautiful white roof tiles of Kanazawa Castle can be seen at 0:04 in the video.

Hashizume mon (gate) is the highlight of Kanazawa castle.
Although it was burned down in 1881, it was restored to its former glory in 2015.
Be sure to check out the interesting shapes of the rocks used in the stone walls at different gates.
There so many interesting spots in Kanazawa park!

The castle tower was destroyed by lightning three years after Toshiie Maeda became lord of the castle after the Battle of Shizugatake.
There was a plan to restore the castle tower, but due to a lack of resources, it was difficult to do so.

Kanazawa castle is open year round.
Between March 1st and October 15th it's open from 7 am to 6 pm and from October 16th to the end of February it's open from 8 am to 5 pm.
Admission to Kanazawa Castle is free, but there are charges to enter Hishigaya Turret, Gojukken Nagaya Warehouse, Hashizume-mon, and the Tsuzuki Yagura Turret.
The admission fees for these places are 320 yen for adults and 100 yen for children.
Access is about 10 minutes by taxi from Kanazawa Station.
By car, it takes about 30 minutes from the Kanazawa West IC (金沢西IC) on the Hokuriku Expressway. There are 3 different parking areas near Kanazawa castle.

The illumination of Kanazawa Castle and Kenrokuen is a popular seasonal event.
During this time, Kenrokuen will be open to the public free of charge at night and is lit up for a limited time.
The autumn foliage and the fantastic scenery of lights are must-sees.

The video in this article introduces the beautiful scenery of Kanazawa castle.

There is so much to see at Kanazawa Castle Park.
Kenrokuen is known as one of the three greatest gardens of Japan, and is a place where you can enjoy the view of a traditional Japanese garden.
You can also collect a stamp from Kanazawa castle if you have a stamp book.
It's a great place for history buffs as well!