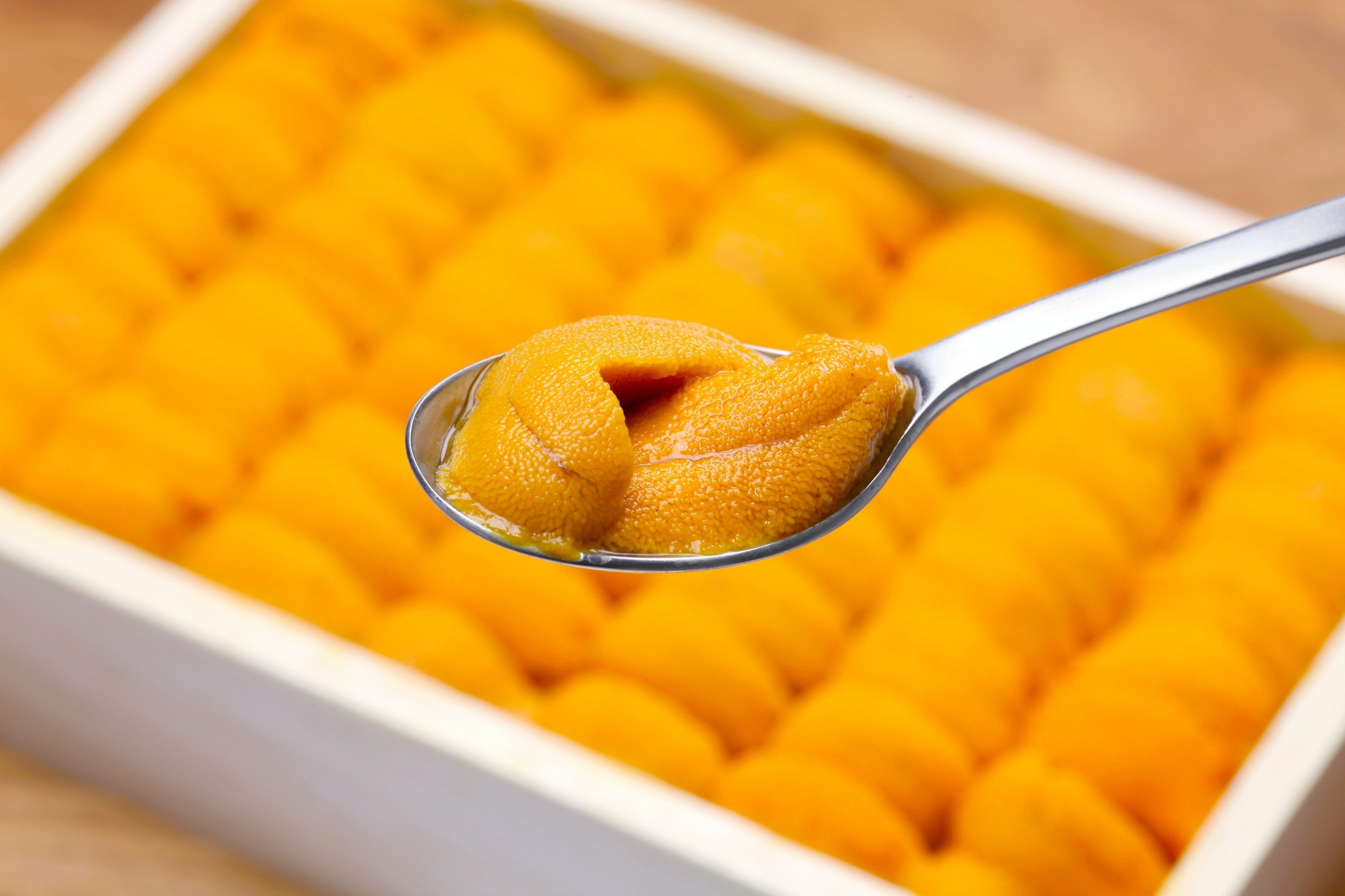 This video, titled "Japanese Roadside Snacks - Fresh Sea Urchin｜Japanese Sea Food" (日本路邊小吃 - 生海膽 日本海鮮), was released by “Roadside Snacks” (路边小吃).
It introduces one of the most popular Japanese ingredients, sea urchin.
Sea urchin is a distinctive creature with a round body covered in sharp spines.

The Ecology of the Popular Seafood Ingredient, Sea Urchins

Sea urchins are a spiny marine animal found on rocky beaches and in the deep sea.
Sea urchins are echinoderms and are characterized by their pentaradial symmetry.
However, there are many aspects of their biology that remain unknown.

In Japan, sea urchins are widely found in coastal areas, such as Hokkaido and at Iwate Prefecture's Sanriku Coast.
Sea urchins are in season from June to August.
During this time period, the meat of the sea urchins is truly exquisite.
The mushy insides of the commonly eaten sea urchin look like eggs, but they are actually the animal's gonads.

There are around 180 known species of sea urchins in the seas around Japan and more than 800 known species around the world.
The most commonly eaten raw sea urchins in Japan are the Bafun (Hemicentrotus) and Ezo-Bafun (Strongylocentrotus intermedius), Purple Sea Urchin (ムラサキウニ), and Northern Purple Sea Urchin (キタムラサキウニ), which are mainly from Hokkaido and the Tohoku region.

In Japan, in addition to wild sea urchins, many sea urchins are farmed to be eaten out of season.
Thanks to advances in aquaculture techniques, it’s possible to eat delicious sea urchin in Japan all year round.

Sea urchin is a popular ingredient in many Japanese dishes.
It can be eaten in a variety of ways, including sea food bowls, sashimi, sushi, uni don, and more.
If you're traveling along the coast of Japan, you'll be able to eat the delicious seaside ingredient to your heart's content.
Each restaurant has its own recipe for preparing sea urchin, so we recommend trying the sea urchin of a bunch of different restaurants to find which one you like most!

From 8:56 in the video, you can see the sea urchin being shelled and then served fresh.

A variety of seafood ingredients are used in Japanese cuisine, including the popular sea urchin, fish, such as bluefin and skipjack tuna, and shellfish, such as scallops.
As shown in the video, at famous Japanese restaurants you can watch the chefs quickly process the sea urchin up close and personal.

When you visit Japan, be sure to visit some delicious seafood restaurants to experience Japanese food culture!