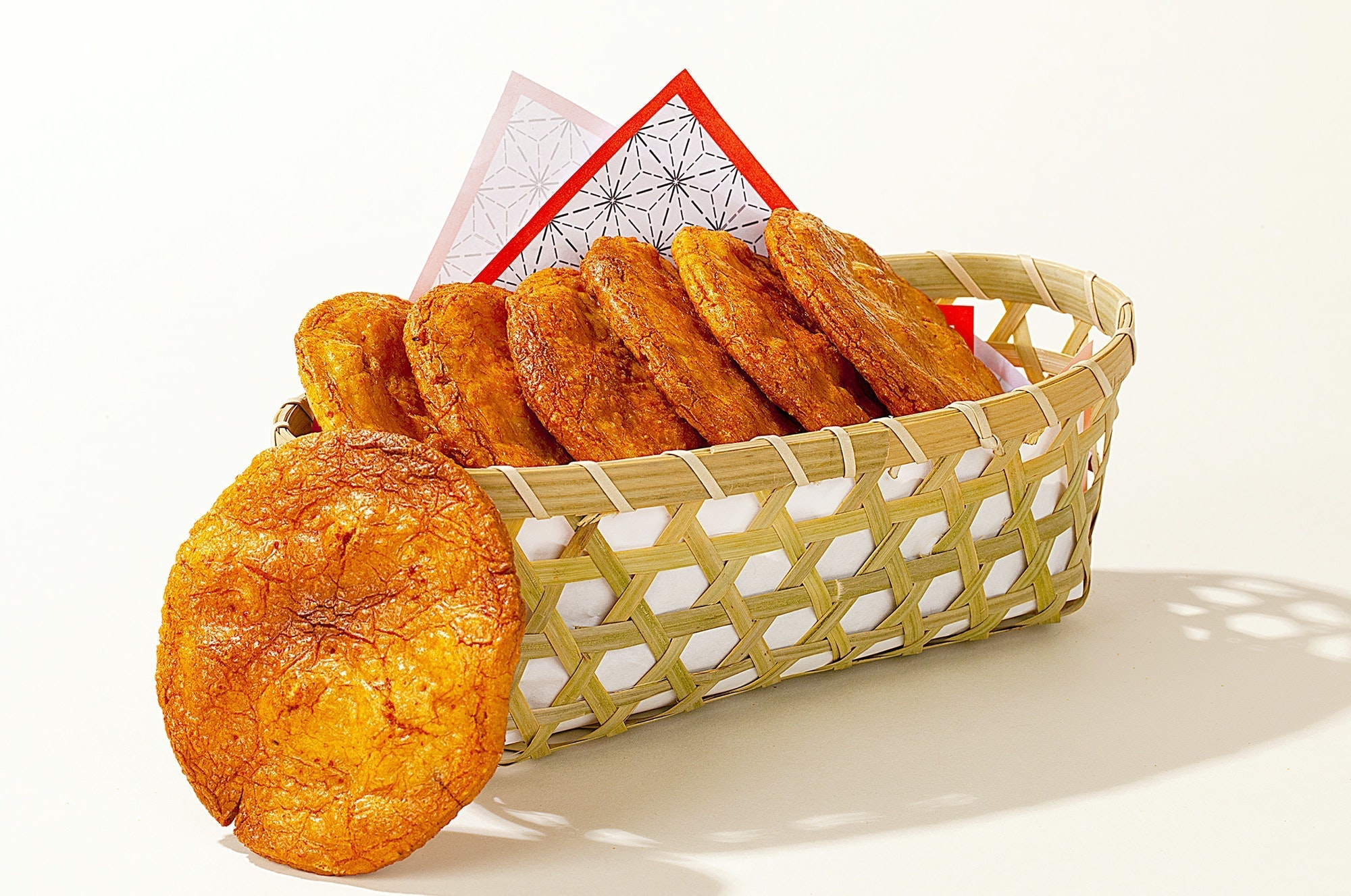 Soka Senbei are a type of Japanese rice cracker and are a specialty product made in Soka, Saitama.
In the year 2000, they were selected as one of the "Top 100 Local Specialties in Saitama to Pass on to the 21st Century."

The video introduces the long-established Soka Senbei rice cracker shop which is very particular about hand-grilling their product, the "Komiya Senbei," and shows it being grilled from start to finish.
The rhythmic beat as they flip over and add flavor to the rice crackers makes quite a catchy ASMR tune.

Soka Senbei are characterized by being made from 100% glutinous rice. It is said that Soka Senbei originated in the Edo period (1603-1868) when soy sauce was added to "Shio Katamochi" (a type of hardened, salted rice cake), which was then grilled and turned into salt flavored rice crackers.
This was eaten as a non-perishable food.

Soka Senbei, which have a hard and crisp texture and do not contain additives such as coloring agents, are loved by many people, from both children to adults.
This is why many people buy assorted rice crackers for celebrations, gifts, presents, souvenirs, etc., and they can also be purchased online.
Genuine Soka Senbei have a regional collective trademark on them as a symbol of authenticity to preserve the traditional flavor.

Also, in the year 2000, this rice cracker boarded the Space Shuttle Endeavor with Koichi Wakata as he took to the stars.

Here, we'll introduce how Soka senbei are made alongside the video.

1. Milling
Polish the rice and grind it with a stone mill.

2. Kneading
Stir and knead while adding boiling water into the oval mixing tub.

3. Steaming
Rice is made into ball-shape dumplings and steamed in a bamboo steamer.

4. Pound
Pound the rice, cool it down and repeat pounding it.

6. Smooth and Flatten
Spread to an even thickness

7. Cut according to a mold
Cutting out in the shape of a round mold

8. Dry
Line the rice crackers up and dry them in the sun.

9. Grilling (0:35~]
Turn the rice cracker over and over again over a charcoal grill, pressing it with a push tile many times to shape it and grill it.

10. Finishing (6:26~]
Carefully apply soy sauce to the grilled rice crackers one by one with a brush.

The video shows the grilling and finishing steps of 9 and 10.
As you can see in the video, the hand-grilling is done by a skilled craftsman while watching and adjusting the moisture and cooking that each rice cracker receives.
Because the process is so strict, only about 1,500 to 2,000 rice crackers can be roasted in a day.

In this article and video, you can see the charm of Soka Senbei as they're carefully grilled one by one.
Soka Senbei rice crackers cost more than mass-produced rice crackers because of the particularities regarding ingredients and because the amount that can be made in a day is limited, but we highly recommend trying Soka Senbei, a simple, yet delicious treat.

In the video, you can see the rice crackers being turned over and grilled one after another with a rhythmic beat.
You can smell the great grilled scent just by looking at the picture.