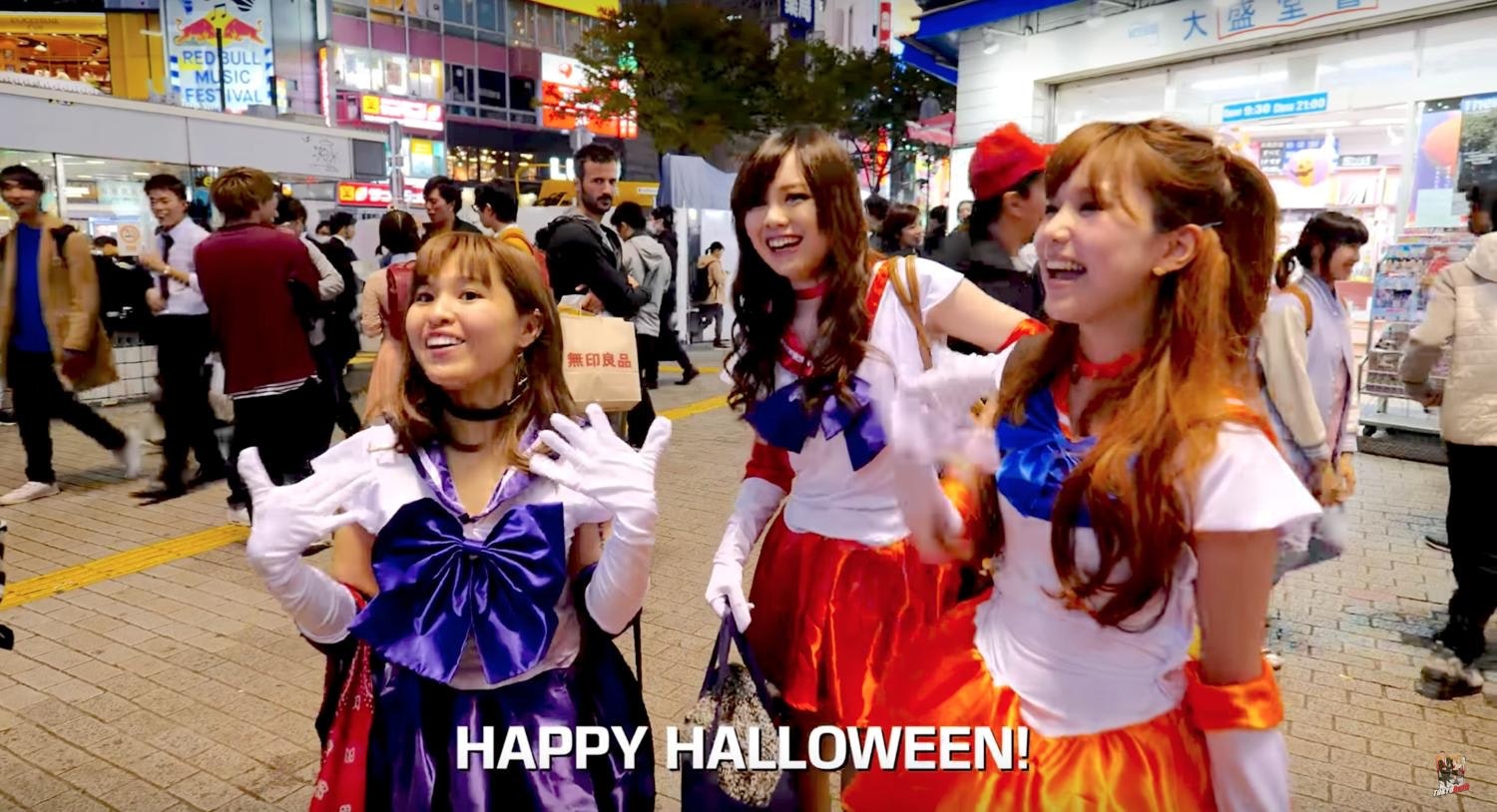 Shibuya Gone Wild! Tokyo's Nightscape in a Masquerade of Colors and Costumes!

Halloween has become one of October's main features in Japan, too, and in Tokyo, both Shibuya and Roppongi host a variety of Halloween events.
TOKYObrah's video “HALLOWEEN IN TOKYO, JAPAN! Tokyo Halloween! Shibuya Party 4K（HALLOWEEN IN TOKYO, JAPAN! 東京ハロウィン! 渋谷パーティ 4K）” presents Shibuya’s Halloween celebrations from the eyes of a foreigner. Just watching the participants wearing their costumes is indeed a lot of fun!

The Heart of Tokyo’s Halloween Is in Shibuya

A crowd of dressed-up people piles up in front of the JR Shibuya train station, moving towards Shibuya Crossing.

Even the Japanese, known for being shy, become open and friendly on Halloween, and people in the video often wave at the cameraman with a smile.

When asked to pose for the video, many girls in their different costumes gave their best shot at it in spite of their shyness.
The cameramen, too, who was dressed as Lionel Messi, managed to gather a crowd of people all dressed the same as him, with minimal effort.
Wearing a costume makes it easier to open up with strangers, which is what makes Halloween so special.

Other Foreigners Joined the Halloween Party, Too!

Many foreigners gather in the city for Halloween, and some of them show up dressed as famous characters.
The celebrations have been getting bigger and bigger every year, and this makes it easier for people from abroad to participate. Everybody chants with a smile “Happy Halloween!” and “Trick or Treat!”

Even among the more casual costumes there are some that really catch the eye, like the cute bunny girls or the TV characters from local comedy shows.
The Jack Sparrow costume at 5:40 and 6:45 are really spectacular, and deserve a special mention. High quality costumes are one of the main attractions of Shibuya's Halloween, and often get featured in the news.

The Jack-o'-lantern, Halloween’s omnipresent carved pumpkin, is a symbol everyone knows.

Halloween was originally a religious celebration aimed at getting rid of the evil spirits during the harvest season, but as the years went by it shifted towards a more folkloristic event where kids dressed up in scary costumes and were rewarded with treats.
In Japan, trick-or-treating was soon abandoned in favor of a costume party event for young people.

In Tokyo, lots of young people cosplay during the last weekend of October. As you can see from the video many people dressed as famous Japanese anime characters, while others chose more old-fashioned costumes, like witches and zombies.
This is an event that anyone can enjoy, regardless of age or nationality.

Even though the video conveys the excitement of Shibuya’s Halloween, it's even better to experience it in person.
If you’re in Tokyo in October, make sure you don't miss it!