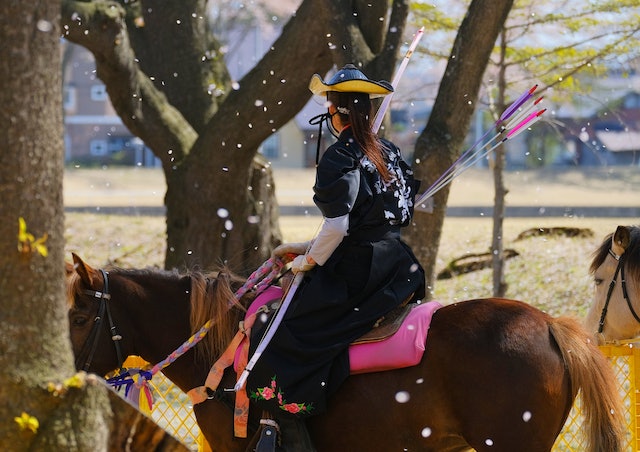 Mar. 4, 2021
I've always liked the aesthetics of archery but have never had the chance to try it. I've shot a normal compound bow before but a longbow like this is totally different. The only Japanese martial art I've gotten to try before was kendo, which was a lot of fun, but a bit too explosive for me maybe. I prefer quiet, focused martial arts instead. I'd really love to give Kyudo a try someday, and maybe pick it up as a hobby. "So much to do, so little time" is such a cliche but it feels so true. There's an endless amount of things I want to try but finding the time for everything can be difficult at times. I think it's best to just spur of the moment do things, which is maybe why I don't like making plans so much. I like enjoying things as they come. I still want to get a bonsai tree as well!
Bamboo弓工
Oct. 17, 2020 (edited)
弓打ちを終えた弓は1週間程かけてゆっくり乾燥させます。