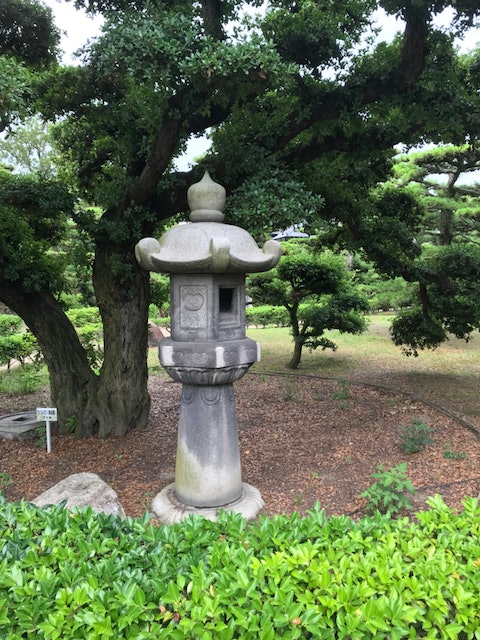 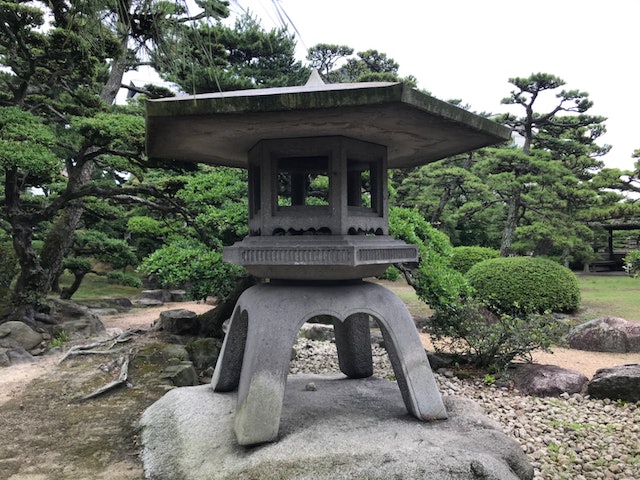 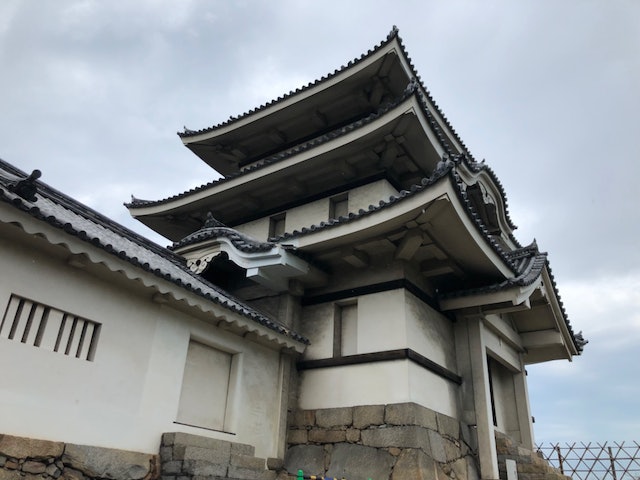 I've got too many photos to post so I'm making another post today and at least 1-2 more in the next couple days. After visiting Ritsurin Park we headed towards Takamatsu Castle. The castle itself had no castle tower but it still had a really nice garden and the moat was pretty cool as well. They had a boat tour of the moat too, but we didn't think it was as extravagant as the one at Ritsurin Park and we were already tired so we decided to skip it and just tour the castle on foot. There were a variety of different stone lanterns throughout the garden that I thought were pretty cool. I always enjoy seeing the different lantern designs for some reason. Despite not having a castle tower, the turrets themselves were cool to see. After looking at the first castle tower we crossed a bridge that ran over the moat and headed up to the top. Once we got to the top, where the castle tower was previously located, we had a really awesome view of the area and I was able to get a photo of a boat passing through the moat. They were all wearing straw hats and special clothing, which I think was part of the experience. After leaving the castle and heading toward our hotel, we arrived at the second turret and it had a nicer view than from inside the castle. I thought the clouds above it looked quite nice as well. After that we headed to our hotel and rested for a bit and then headed over to a pizza place called PIZZERIA 18 for some dinner. The place had a nice atmosphere and the food was really good as well. We ordered pizza (obviously) and a variety platter as well. It all tasted great. They had Heartland as their nama-beer which I thought was nice. Don't see it very often.

Apr. 4, 2021
Went to a Hawaiian restaurant and had a nice dinner. The mango beer was really good, she got a mai tai and it tasted great as well. Also had some chicken but forgot to take a picture of it😅