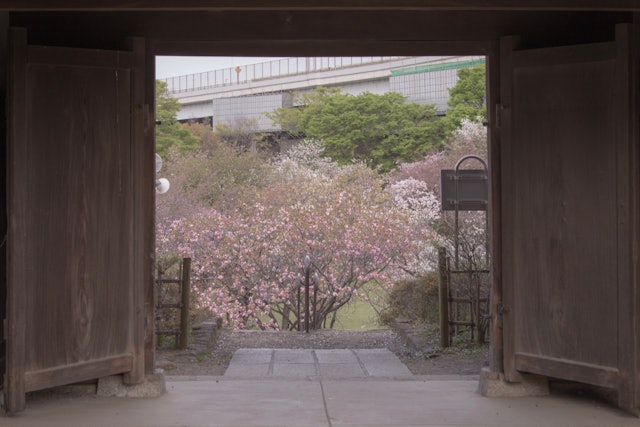 Jan. 25, 2021
God the snowscapes of Japan just get better and better. I keep hearing and reading about Ouchi-Juku all over the place and it's really got me itching to visit. I really love these old post stations and their historic feel. The buildings are really rustic and just looking at them makes me feel comfortable and relaxed. I really love the thatched roofs as well. I can imagine enjoying some delicious soup and tea next to an irori and just letting all life's troubles be whisked away. Top it if with some hot springs and I can't even imagine a better way to relax. Apparently there's the hot spring Yunokami onsen about 15 minutes from Ouchi-Juku but I guess there's also a footbath in Ouchi-Juku itself as well? Or maybe it's in the same area as Yonokami Onsen, I'm not 100% sure on that. Hopefully it's heated either way 😂
Came.ll4
Jan. 8, 2021
福島県大内宿です！

Jan. 12, 2021
Tsuruga Castle in Fukushima! I'd heard of its white walls before, but it looks like winter is doing its best to make it completely white! Apparently Tsuruga Castle was designed after Kurokawa Castle that was sieged some time during the 1,500's. I wonder if the color scheme is true to Kurokawa Castle. It'd be interesting to know if there was some sort of tactical reason for an all-white castle. In a snowy region I could see it acting as a sort of camouflage but who knows. You can also barely see what looks like a shachihoko on the roof if you zoom in which is pretty neat. Apparently the inside of the castle has some mannequins set up with guns showing how the arrow-slits, or in this case gun-slits, would have been used. There's also other mannequins that show them being used for rock dropping as well. Warfare has come a long way since then😂
Came.ll4
Jan. 11, 2021
福島県の鶴ヶ城です！
雪で一段と白くなっていて綺麗でした！