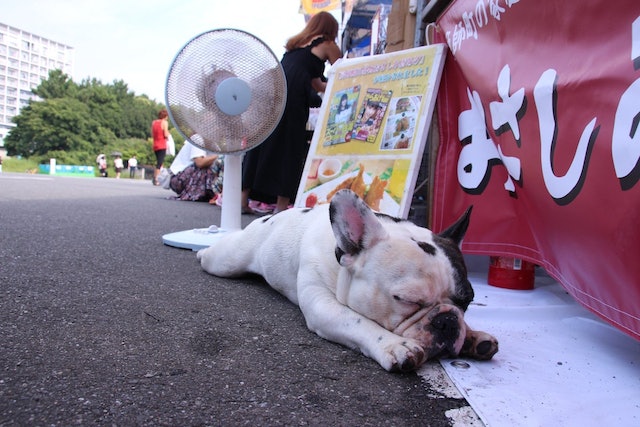 Feb. 16, 2022
Continuing on from yesterday's post... On the second and final day of our trip we woke up and ate a light breakfast followed by some udon and soba at a nice little restaurant on the way to the Kirifuri Highlands (霧降高原). We were originally planning on hiking up to the observation deck around 880 meters up the mountain, but it proved to be a little farther than we thought it would be an had to stop at around 650 meters as there was a massive staircase to reach the observation deck and not everyone in the group was up for the challenge lol. Not having the proper gear didn't help much either. Most people had on snow shoes and they could easily trek through the snow but wearing just boots or tennis shoes we were a bit under-equipped and decided it'd be better not to overdo it. We got to see some really amazing views and talk to an 85-year-old man who told us what gear we should buy if we're planning on hiking in the snow, about how the dam located on the mountains across from us rises and falls during the day/night, and how this was his ~60th time climbing the mountain but the woman he came with has done it more than 300 times. She had to turn back early that day, but those are some impressive numbers! After enjoying the outdoors we headed over to Nikko Edomura/Edo Wonderland (日光江戸村) and had a blast exploring the theme park. We arrived at about 2pm so we got a nice discount on our all-day passes. Walking around we got to see all of the different buildings that gave the theme park its Edo-Period-feel. We also got to see the oiran procession (花魁道中) which was really awesome as well. It seemed like they tried to make it as accurate as possible too. The way the courtesan walked was in the traditional figure eight style which, from what I've read, is not easily done, so I assume that this is a sort of special type of profession as she was doing it (to my untrained eye) perfectly. One funny thing was that the girls in red in front of the courtesan had to slouch somewhat because they were too tall and the theme park obviously can't employ children to play the role like they would have traditionally. We also got some temporary "tattoos." They got some cute Nyan-mage tattoos and I got a Shinsengumi tattoo lol. After that we watched a really awesome performance inside of the ninja theater, but we weren't allowed to film or take photos so I don't have anything to post unfortunately. It was really cool seeing the ninja actors jumping off of rooves and fighting though. On top of that we also tried out the ninja maze where I was unfortunately the last one to make it out as I got unlucky and hit a dead end at the last part of the maze. This was a really fun experience as there were a lot of hidden and revolving doors that you had to find to escape the maze. We also did the shuriken experience and I managed to get 3/5 but I gave one of my shuriken to my girlfriend in the hopes that she would stick one in the target but unfortunately she wasn't able to lol. I guess I was technically 3/4 because of that. Overall the whole trip was a blast and we got to make some awesome memories out in Tochigi. I definitely recommend it as a travel destination!

Apr. 9, 2021
Tsukigase, looks like a really nice place. I looked at their local website and the natural scenery is all just as amazing as this photo makes it out to be. It looks like they have some really nice parks in the area as well. It looks like it'd be a really great place to go out on a boat on a sunny day. Also looks like it'd be a nice place to catch some fish as well, I wonder if it's allowed here? I guess there are some hot springs in the area as well. The whole area would probably make for a really nice weekend trip or even maybe you could even spend a week here in the spring and go hiking as well. I guess it's Nara so it's not too surprising that there's so much amazing stuff to see!
n-yusuke
Apr. 8, 2021
月ケ瀬湖畔の風景。
山間に、抜けた風景が印象に残りました。

Mar. 22, 2021
Wow this is amazing. I've heard of Kumano Kodo before, but this is just way too beautiful. One thing I find interesting about this is the two sides of the path; It looks as though it's 2 very different areas. The soil on the left and right looks completely different, and the tree on the left are covered in foliage, whereas the trees on the right are all stripped of their leaves. I wonder if this is some cool natural phenomenon. I'd love to go hiking here and find a nice spot by a lake and just have a picnic/barbecue for the day. I wonder if there are any lakes nearby here. I'll have to do a bit of research it seems! I love how just looking at this I can feel the history and imagine how people would have traveled down this path for their pilgrimages hundreds of years ago. Awesome!
たんこ
Mar. 21, 2021 (edited)
三重県、馬越峠の熊野古道を子供達とハイキングして来ました。
木立の間にさす光がとても神々しく、春の暖かさを感じました。

Mar. 19, 2021
Awesome! This reminds me of when I went to Minoh Park in Osaka. There was a really beautiful waterfall there and a long trail to get to it, so it made for a really nice trip and a decent workout too. I really like all the trees on this cliffside. It almost looks as if it's all just petrified wood and a group of trees just kind of melded together to form it. I also really like the view here. There's a view like this in Hakodate that's really beautiful as well. I don't remember where exactly but I believe it was southwest Hakodate. Was windy, but the breeze was really nice and the scenery and rocks were great. The food here looks awesome though. I haven't been to an izakaya or anything besides a normal restaurant in a while, but I'm really starting to miss them. Guess all I can do is wait and keep looking at beautiful scenery and food on here😅
mai
Mar. 18, 2021
友人と宮崎県にある高千穂に行ってきました〜！
あと、日向の観光地『願いが叶うクルスの海』方にも行き綺麗な海が広がっていました♪
野良猫ちゃんもくつろいでいます笑