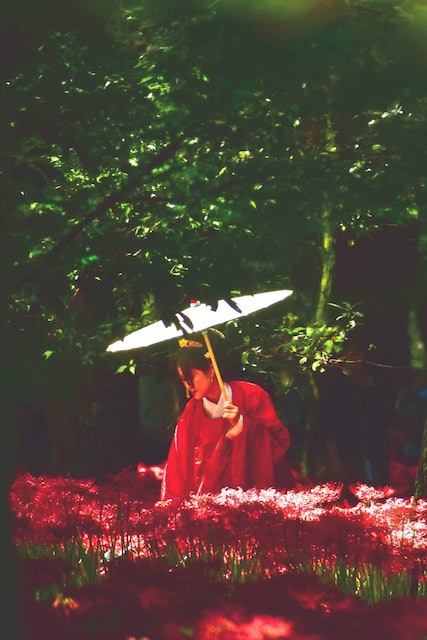 A scarlet autumn morning in a traditional way at Kinchakuda park in Saitama prefecture. This is most probably the biggest place to see the red spider lilies in Japan. A very vast area turns like a red carpet. This unique flowers and a traditional touch makes the day perfect.

22 days ago
Finally managed to visit Shinjuku Gyoen over the weekend Been meaning to go here for a while now and finally had the chance The park itself was quite large, it was a bit surprising how much space it actually takes up in the city. There were a lot of cool stone lanterns and other structures to see throughout the park as well. The Taiwan building was pretty interesting to learn about. Apparently it was donated to Japan in 1924 by Japanese people living in Taiwan. The sign outside mentioned that it was a nice place to feel the breeze and it wasn't a lie either. It felt really nice standing on the balcony overlooking the pond. The breeze came through perfectly. Unfortunately we didn't bring a blanket with us to the park but there were a lot of other people laying down on the grass and it looked like a nice place to have a picnic. We stopped at one of the rest areas and grabbed some drinks as well. I got a lemonade drink that was really refreshing and she got a café latte. We took a quick tour through the greenhouse at the end as well and it had a lot of cool plants inside. I found this flower with grey leaves that I thought was really cool looking. I definitely want to return during autumn to see how the park looks after the leaves change!