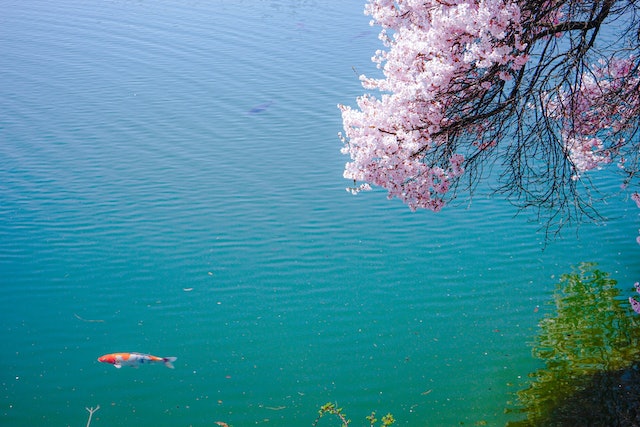 May. 20, 2022
Wanted to post this earlier this week, but better late than never I suppose. Was walking around Arakawa and they were having a rose festival sort of event it seemed like. Over by Arakawa Amusement Park there was a little area set up with some stalls. I didn't get to check it out but it seemed like there were a lot of people there. The amusement park was also open. I don't think I've seen it open for a while so it was nice to see people are able to visit it again. When I was passing the Arakawa tram I noticed there were tons of roses along the sides of the track that I'd never noticed before so I decided to snap this photo of the pink tram passing by with them.

May. 8, 2022
Went to Karuizawa for Golden Week! We booked our shinkansen tickets well in advance so we were basically flipping a coin with the weather, but it still managed to be a really fun trip despite 2/3 days being rain. We were able to do a lot of shopping at the outlet mall near the station and other places in the area on the first and third days when it rained so it worked out perfectly. My girlfriend's friend was headed back home from Tokyo the same direction we were headed so she stayed one night with us and then we were able to all hang out and go shopping in Karuizawa for most of the day after which she hopped back on the shinkansen towards home. The second day was really nice weather, despite being just a bit chilly, but it was still nice enough that we were able to rent some bicycles and ride around the area. The place where we rented the bikes gave us a nice sightseeing route to go on and so we were able to see a bunch of different places and use our time effectively. When we were headed into town we crossed a bridge and there was a nice view of Mt. Asama with a ton of fisherman fishing along the river below the bridge. It was a pretty cool sight. We even got to see someone catch a fish as well. We obviously went to Shiraito Falls as well and it was really beautiful. There was a sign behind that described how the water took around 5 years to come out of the ground where the waterfall was or something to that effect as well. The path leading up the waterfall was quite neat as well, with the river running next to it and a giant fallen tree with more smaller waterfalls to go with it. There was also two wooden carvings of the characters from Demon Slayer (鬼滅の刃) which was interesting. The food in the area was delicious as well. We were staying at a pension and we only had breakfast with our stay, so we ended up going to another pension where they had yakiniku and we got a pretty good price for a massive platter of food. I was so full at the end I'm not sure how I made it back to where we were staying for the night lol. The third day we did some shopping up at Harunire Terrace (ハルニレテラス) and we kind of just relaxed in the area. It was a pretty trendy place surrounded by nature and there was a hot spring up the road as well. We wanted to go in the hot spring but there was a pretty long line so we decided to pass. We ate dinner at one of the restaurants at the terrace and while all of the indoor seats were taken, we were able to get some outdoor seating. It was cold out so I didn't think it would be a good idea, but they had some heaters outside and blankets and it was actually quite enjoyable. Had a lot of fun and it was a really great place. We might travel there again during the summer when it's warmer as well or maybe in autumn when the leaves change color. I definitely recommend giving it a visit!

May. 5, 2022
Had a nice relaxing golden week and to finish it off I saw some carp streamers billowing in the wind at some park along the river near Kita-senju. Had some really nice weather the past couple days too, which was great. Hope everyone had a nice holiday/vacation!