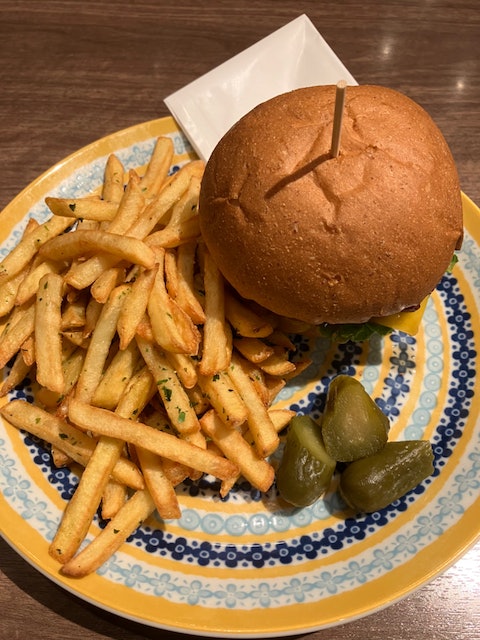 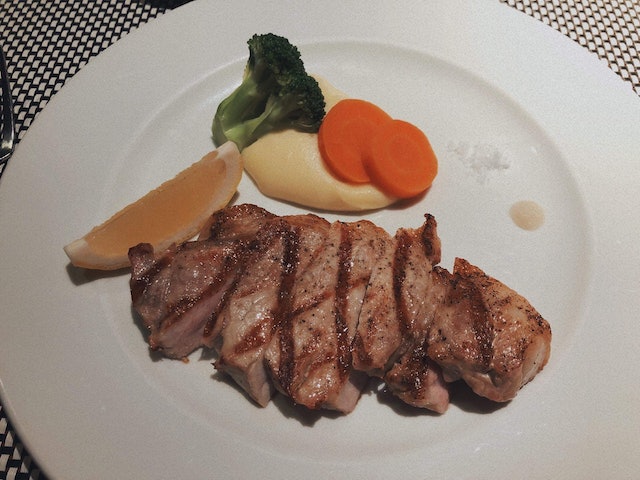 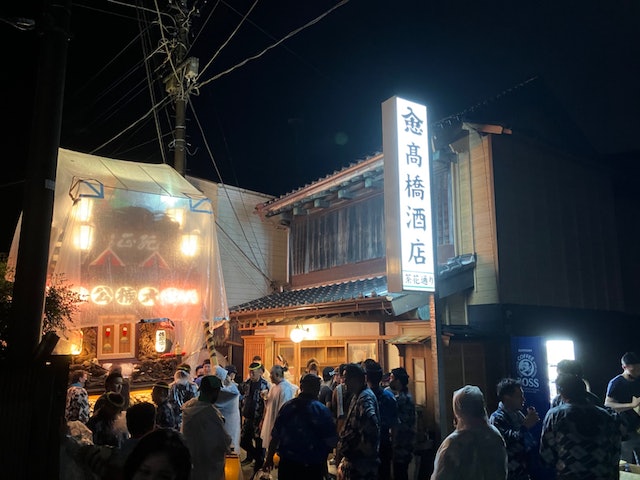 Some photos of our trip to Sawara in Chiba Prefecture over the 3 day weekend a couple weeks back. On the way to Sawara we stopped at Chiba Station and had lunch at a place called Common Café. I order a burger not expecting a lot, but it was the best burger I've had in a long time actually. We arrived a bit late in Sawara and were kind of tired so we decided to just go to the hotel, shower and relax for a bit and then have dinner. We had a reservation at a French restaurant called Mougins and it ended up being a really great experience. After eating dinner we were headed back to the hotel and we heard some hayashi and cheering in the distance and we decided to check out what was happening. We found a dashi parading through the streets and they were stopping at different places to pick up alcohol lol. Apparently they'd been doing it every Sunday, I think since corona started. It was pretty cool to see though. The next day we went to check out the Sawara Historical District and after reaching our destination we decided to take a break at a cafe. We ordered a shaved ice and some sort of soda. They were both really delicious, especially the shaved ice. It was some sort of flavor using tea from Kyoto and milk. I forget what it was called exactly though. We also stopped by the former residence of Inoh Tadataka, the famous Japanese cartographer. It was quite interesting seeing where he lived. After visiting his residence, we to the nearby museum and learned about his life and everything he did. I was pretty blown away by how incredible he actually was. I was a bit surprised that I hadn't learned much about him when I was studying the history of Japan, but after visiting the museum I'm convinced he was truly a genius. Unfortunately I couldn’t take pictures inside of the museum, but seeing all of the tools that he used to draw maps and learning how they worked was really interesting. On top of that, the maps he drew were unbelievably accurate. I think it mentioned somewhere that his maps were used until the 1900's, despite being drawn several hundred years prior. His cartography was only one of the endeavors he pursued as well. There were also some documents that explained how he helped his town get through the famine, and also documents detailing how he dealt with local lords imposing taxes on his town. Besides the museum, we also took a boat ride through the canal that ran through the historical district. The canal was quite nice, and you could see the historical buildings that lined the sides of it while going through it. We had to lower the cover on the boat for several bridges as the water level was quite high due to the recent rains, but that just made the experience even more memorable. The tour guide on the boat mentioned how when the canal was used back in the Edo period, it was incredibly busy and boats would have been bumping into each other constantly while passing through. During the boat ride through the canal I noticed some interesting statues on various lanterns and decided to check them out. They all turned out to be interesting and unique. We ended our trip by having a late lunch near the historical district. We had planned to take a train back to Tokyo but missed it by a few minutes. Fortunately, a bus arrived at the perfect time and so we rode that back to Tokyo. It was much better than the crowded trains. Overall it was a really good day-trip style excursion and I definitely recommend it! Managed to find 2 poke lids too!

Oct. 12, 2021
A photo I took a little while back while on a small boat ride through Tokyo. This photo was of Ishikawajima Park, a small riverside park that looks like it'd be a nice place to relax and have some lunch with a friend or date or just get some fresh air. I'd like to come back and visit the area when I have some time and see what else is in the park, as well as take a look at the surrounding buildings and what they might have in the area as far as restaurants and shopping, etc. It's really nice that Tokyo seems to be returning to a relatively normal state and I'm seeing more people out and about and infection numbers don't seem to be on the rise currently. Hopefully this trend continues and I can start going out more and visiting all of the eateries and stuff I've been missing out on over the last year and a half!

Sep. 24, 2021
Some photos I took during my visit to the Edo-Tokyo Museum. I really enjoyed seeing the recreations of the Edo cityscape and seeing what the city would have looked like back in the day. I like that you can also get a feel for what life was like at that time and you can even see people doing various jobs or holding tools related to them. I enjoyed seeing the boats as well, as it showed how shipping would been carried out at the time, and you also get to see the architecture of the ships, which was really awesome in my honest opinion. I also tried getting a decent photo of Tokugawa Ieyasu but I was really short on time when visiting as the museum was about to close, so I definitely need to go back there again. I wanted to see some of the other exhibits as well, stuff like the Great Kanto Earthquake exhibits, etc. so I have an excuse to visit again lol.

Sep. 12, 2021
Went to a nearby waterfront park area and saw some yakatabune and other nice views. Got some nice fresh air together and even saw someone catch a fish. It looked like a pretty decent size fish too, but I couldn’t take a photo of it. We realized the planters on the way back were shaped like small boats so I took a photo of one. Thought it was kind of neat

Apr. 6, 2021
Ahhh the cherry blossoms this year were amazing as usual. They left almost as soon as they arrived too. I was able to see them a good amount though so I've got no complaints. Until next year I suppose! I've never been to Chidorigafuchi Park but I've heard it's a nice place. This photo actually reminds me of, I think it was Onuma National Park in Nanae, Hokkaido. They had boats like this and cherry blossoms and my girlfriend and I went on a nice ride around the area. I'd love to go back there as it was a really nice place. I need to check out this park though too, it's really close too so I should be able to get out there relatively easily.
takeo
Apr. 3, 2021
千鳥ヶ淵で撮影しました。ボートに乗って桜の近くまで行けるのが良いですね。

Feb. 25, 2021
What a cool photo. I keep seeing pictures and stuff of Takachiho Gorge and I really want to go. I watched a video of it on here recently and it was really beautiful. Miyazaki seems like a really fun place to visit in general so it'd fun to get out there and try the boats and see all of the natural scenery. It had some really nice looking shrines that I was interested in visiting as well. It's so hard to visit all of the beautiful places scattered throughout Japan but I've got time so I'm gonna do my best lol. Earned some flight miles this year so I'm definitely heading out somewhere this summer. Maybe it'll be Miyazaki, we'll see. Although I've had my eye on Nagano lately as well so it's a toss up for now.
Unknown
Sep. 18, 2020
Post cannot be displayed