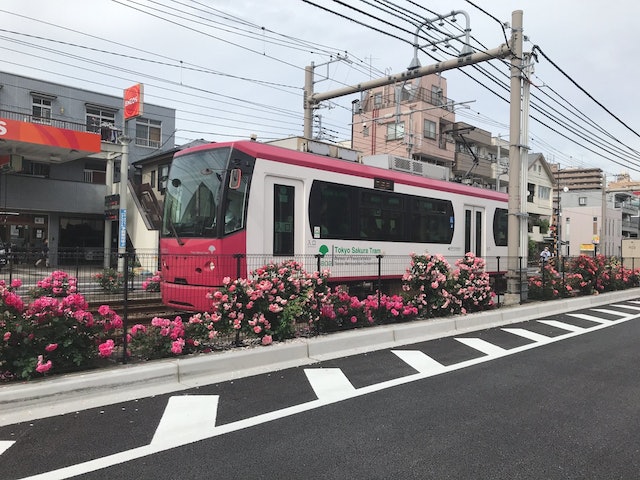 Wanted to post this earlier this week, but better late than never I suppose. Was walking around Arakawa and they were having a rose festival sort of event it seemed like. Over by Arakawa Amusement Park there was a little area set up with some stalls. I didn't get to check it out but it seemed like there were a lot of people there. The amusement park was also open. I don't think I've seen it open for a while so it was nice to see people are able to visit it again. When I was passing the Arakawa tram I noticed there were tons of roses along the sides of the track that I'd never noticed before so I decided to snap this photo of the pink tram passing by with them.