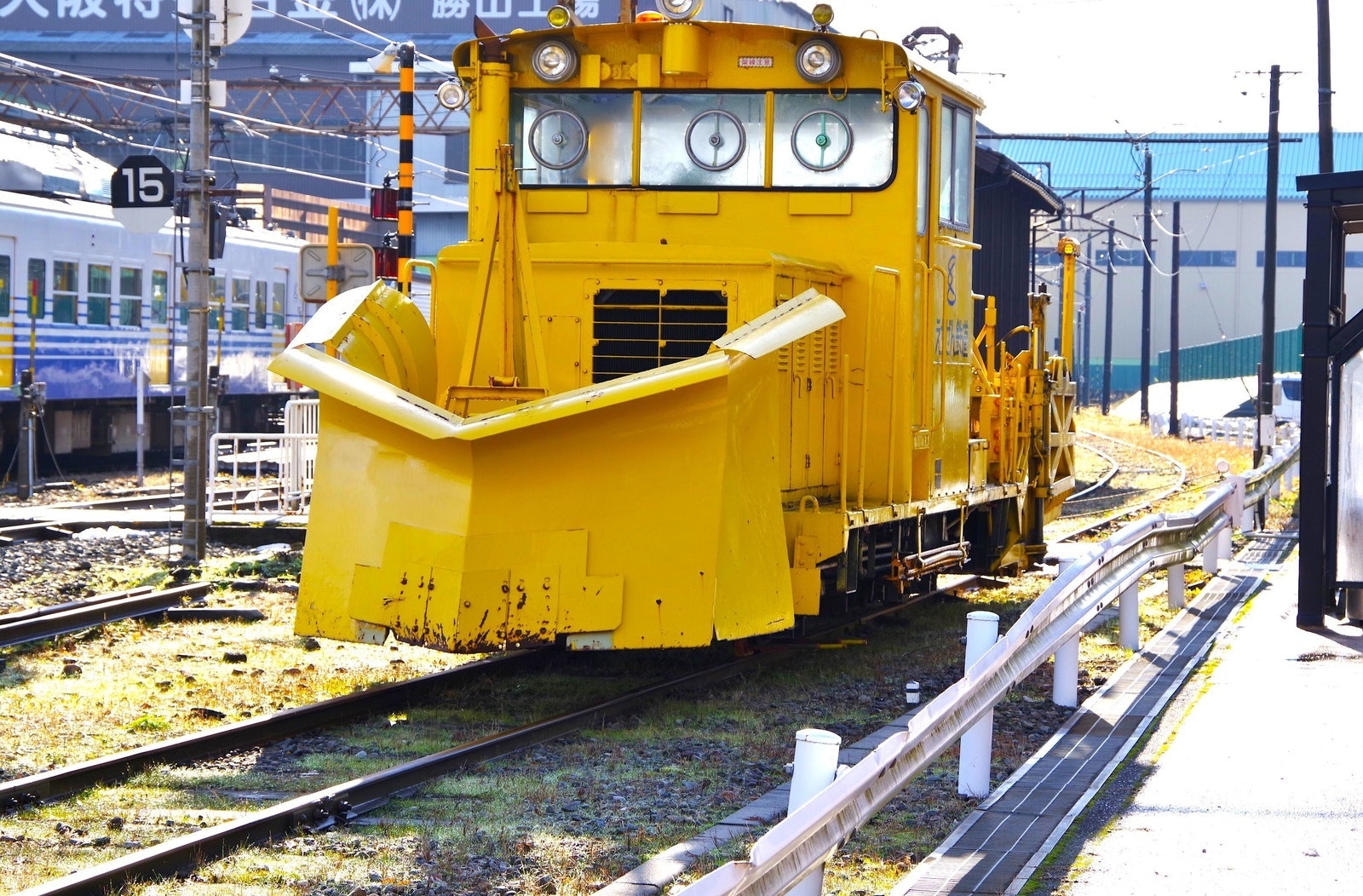 This video shows actual footage of the snowplowing at Echizen Railway Nishiharue Station, in Fukui Prefecture in Japan's Hokuriku region, one of the snowiest areas in Japan.
This is rare footage that you've probably never seen before.

In the video, the snow is taller than the people!
Did you know that Japan has some of the snowiest areas in the world?
As the railroads stretch throughout Japan, people in areas with heavy snowfall have to plow snow every day in the winter.

The main island of Japan has a mountain range in the center which divides the Pacific Ocean and Japan Sea sides.
During winter, strong winds from the continent hit the mountain range and cause low air pressure.
This is why there are so many places with heavy snowfall on the Japan Sea side.

The Echizen Railway shown in the video runs through Fukui, one of Ishikawa's neighboring prefectures.
The Hokuriku region which is composed of Fukui, Ishikawa, and Toyama is one of the snowiest areas in Japan.

About Echizen Railway – A Railway in the Snow

Echizen Railway, nicknamed as “Echi Tetsu,” is a railway that connects Fukui City with Katsuyama City and Sakai City.
There are hot spring facilities such as Awara Onsen and Mikuni Onsen Yuaport, as well as tourist spots like Bashozuka, Matsuoka Kofun Cluster, and Tojinbo.

Echizen Railway is a railway in the third sector that was established as the successor to the Echizen Main Line and Mikuni Awara Line formerly operated by Keifuku Electric Railroad in Fukui.
The L-type train car is a “brother” to the Toyama Light Rail TLR0600 series.
Its futuristic design is also popular among train enthusiasts.

Snowplows are essential vehicles for railroads in snowy regions.
As you can see in the video, it snows so much that the crossing, as well as the rail, are almost completely covered by snow.
This is dangerous even for the local people who are used to snow.
Which is exactly why these vehicles are necessary. Let us introduce several types of snowplows:

-Russel snowplow: This is the most common snowplow for railroads.
It plows its way through snow using the blade on the edge of the main car.

-Snow blower: This locomotive blows the raked snow by spinning the rotary with its motor.

The video shows footage of a snowplow passing through Nishiharue Station slowly while removing snow.
As seen at 0:59, the snowplow faces the direction that allows it to not blow snow at nearby houses. It's quite tough work.

Various snowplows greatly help the heavy snow areas in Japan.
The vehicle at the beginning of the video removing snow from the rail of Echizen Railway is the snow blower and the Russel snowplow appears after 10:00 in the video.

being one of the snowiest areas in Japan, this kind of snow removal work by snowplows is essential for Fukui Prefecture.
After removing snow by snow blowers, however, people must remove the blown snow manually to prevent a buildup of large snowdrifts on roads and in front of houses.
Even though local people are used to it, life in a snowy region is tough. Plowing snow is just the icing on the cake.
Watch and enjoy the footage of Echizen Railway snowplows working to secure traffic safety for the local people of Fukui – one of the snowiest areas in Japan.