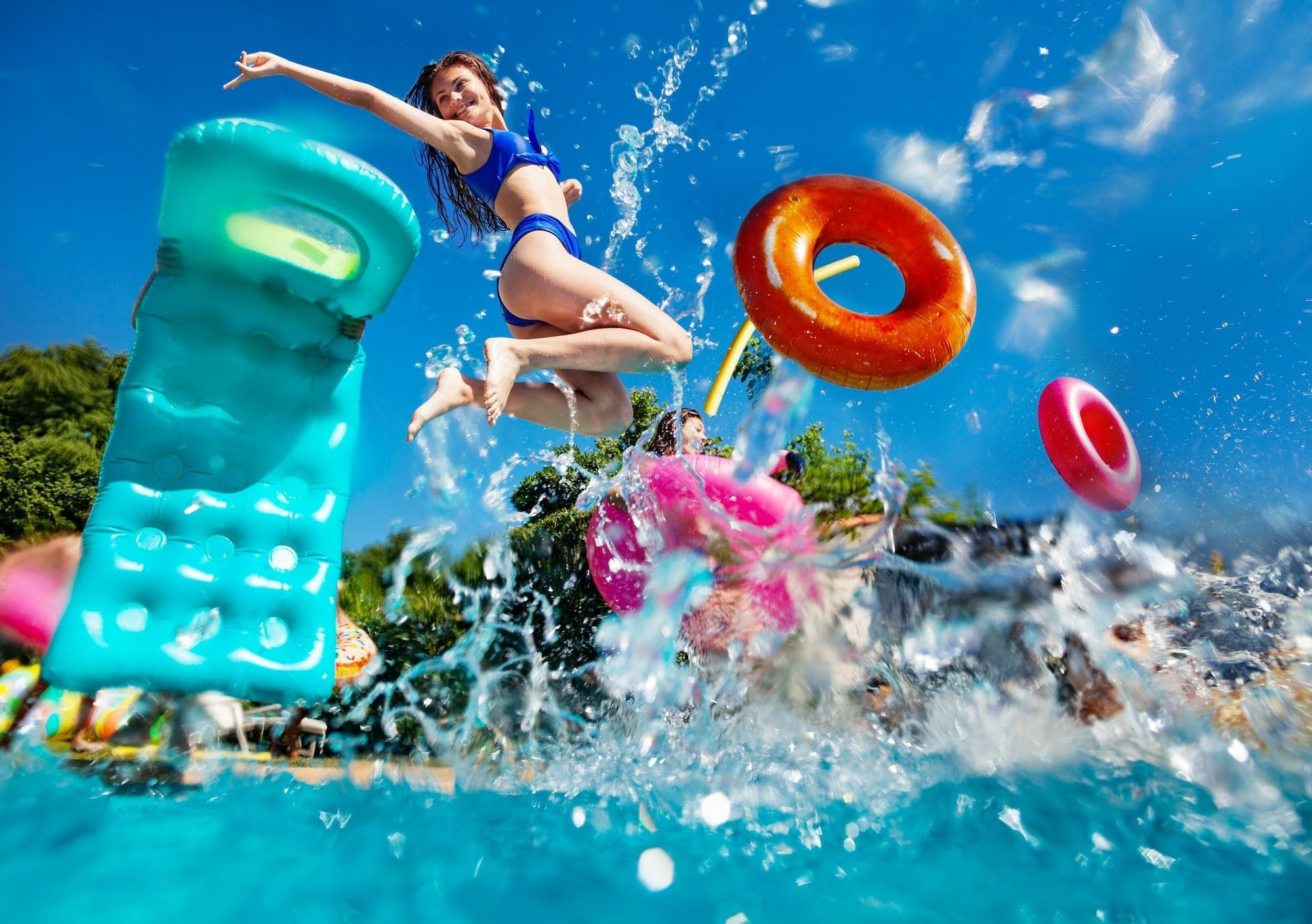 Seibuen Amusement Park, located in Tokorozawa, Saitama, in Japan's Kanto region, reopened in May 2021 after renovations. The park, with its retro atmosphere, has become popular among Instagrammers in Japan.

In addition to "Godzilla the Ride," there are many other attractions, such as interactive riddles, that will keep you occupied for the whole day! It's a place where men and women of all ages can enjoy themselves to the fullest.

The "Grand Summer Festival" will be held from July 15 to September 4. The pool, open only during the summer, is crowded with many people, including families.
One of the most popular attractions in the pool area is "Omizu Gassen," a large-scale water fight during the Grand Summer Festival! Children and adults alike can enjoy getting soaking wet during this exciting event.

Omizu Gassen 2022 – An Interactive Event in the Pool Area

The summer-only pool area has a lazy river pool, speed slides, and a boat-themed pool, and visitors can even enjoy night swimming.

One of the most notable events at Seibuen Amusement Park in summer is Omizu Gassen, a large-scale water fight. During the event, you can see performers on stage while also enjoying a water fight with other swimmers in the pool! Swimmers fight using large water guns while splashing around in the pool. Both adults and children will surely enjoy this summer event.
[Video] 2:42 - Water Fight

The first is the Powerful Flame Performance. Performers put on a show on the stage as bursts of fire rise into the air behind them.

The second is the Dance Performance. Dancers in cool costumes will be dancing, and viewers can also join in the dancing! It's an interactive event that brings the dancers and participants together.

The third is the Powerful Fireworks Display. Fireworks are launched on Saturdays, Sundays, holidays, and August 15 (excluding August 11, 13, and 14) from July 16 to September 4. Visitors can experience the sound, light, and heat of the fireworks up close.

In addition, Sunset Hill Shopping Street is filled with colorful lanterns during the event, creating a different scene from during the daytime. You can feel the nostalgia of a retro Japanese summer. There are tons of opportunities to take memorable photos as well!

Seibuen Amusement Park can be enjoyed by people of all ages.

If you're looking for something to do in Japan this summer, the Grand Summer Festival at Seibuen Amusement Park is definitely something to check out. It features tons of exciting events at a hands-on amusement park full of entertainment for children and adults alike. The massive water fight in the pool and entertaining dance performances are quite the spectacle as well.

Seibuen Amusement Park is a popular spot that is highly rated online, so it's expected to be crowded with many families with children, students, and couples during Japan's summer vacation period.
Tickets can be purchased online in advance. Purchasing tickets will allow you to enter the park smoothly on the day of your visit.

There are also packaged tickets with discounts, so be sure to check them out if you're looking to save some money while still enjoying the event.

As the video shows, Omizu Gassen is one of the most exciting events during the summer festival. If you're planning on visiting the park this summer, don't forget to participate!